Welcome to the verbal brawls in the alley way ~~~

END_OF_DOCUMENT_TOKEN_TO_BE_REPLACED

Because I know you guys need MOAR dramas to watch. Did anyone find the 4th dimension door yet? Most of these are under-the-radar dramas, not mainstream ones.

END_OF_DOCUMENT_TOKEN_TO_BE_REPLACED

It’s surprising to me this drama has little to no promotion online. What we have is an assortment of bts stills and finally an official trailer released last night. Candle In The Tomb: The Weasel Grave (鬼吹灯之黄皮子坟) is considered the prequel to Jin Dong’s Candle In The Tomb, belonging in Ghost Blows Out the Candle franchise written by Zhang Mu Ye. It stars Ethan Ruan as Hu Bu Yi and Xu Lu (in a made-up character), and follows Hu Ba Yi as he packs and finds an old photo. As he stares at the photo, he reminisces about his first tomb-raiding adventures and how he came about to become an expert raider.

END_OF_DOCUMENT_TOKEN_TO_BE_REPLACED

From the Ghosts Blow Out the Light franchise, here comes another adaptation – Gui Chui Deng Zhi Mu Ye Gui Shi (鬼吹灯之牧野诡事), an the upcoming webdrama starring Gina Jin, Darren Wang, and Wang Li Xin. The story follows fellow ruffian (Darren) being approached by a mysterious woman (Gina) with information about his missing parents of twenty years. Together with a few friends, they engage on dangerous paths into tombs to uncover deep buried secrets. First trailer is released and I’m happy to see a stronger and ass-kicking Gina! Them legs and moves!

END_OF_DOCUMENT_TOKEN_TO_BE_REPLACED

I don’t know about you guys, but I’m a bit saturated with tomb-raiding stories, they have been remade and remade into a number of films and dramas with different faces this past year. And they seem either to be related to The Lost Tomb franchise or Ghost Blows Out The Light franchise. This one is an adaptation of a story from the latter project. Gui Chui Deng Zhi Mu Ye Gui Shi (鬼吹灯之牧野诡事) is the upcoming webdrama starring Gina Jin, Darren Wang, and Wang Li Xin. The story follows fellow ruffian (Darren) being approached by a mysterious woman (Gina) with information about his missing parents of twenty years. Together with a few veterans, they engage on dangerous paths into tombs to uncover deep buried secrets.

END_OF_DOCUMENT_TOKEN_TO_BE_REPLACED 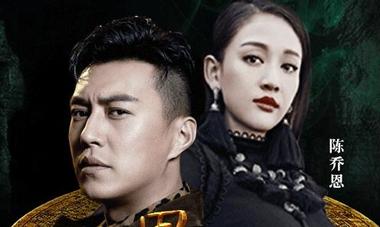 Well, remember this adaptation franchise of the novel Ghost Blows Out the Candle? NO? How could you not know? Lol. It has two prior movie adaptations; one with Chen Kun and one with Mark Zhao. Now to complete the routine for all upcoming projects, it gets a drama version starring ♥ Jin Dong ♥ (YES! I AM that fond of this man!) and the lovely Joe Chen Qiao En, who is lining up her works to romance the pants off all the men in Nirvana in Fire. LOL!

Candle in the Tomb (网剧鬼吹灯) held a press conference today and I’m surprised they have enough footage for a quick teaser too!

END_OF_DOCUMENT_TOKEN_TO_BE_REPLACED 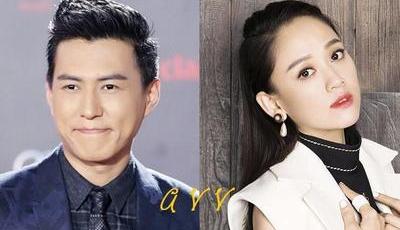 Whatttt. This woman. Her management company must be the best of the best. She gets all the good actors as her partners just when they hit it big too! If you’ve been following this blog, you would know that fantasy novel, Ghost Blows Out the Light, written by Zhang Mu Ye has been receiving a lot of attention. It has two movie adaptations within this year and as I called it back in May, the drama adaptation is here! Confirmed leads are Jin Dong (Nirvana in Fire) and Chen Qiao En (Destined to Love You). It’s categorized as a web drama and will start filming in March 2016, yunno after she romances Jin Dong’s acting child, Nick Wang in Tong Hua’s drama. LOL.