=======> ♦ Xu Wei Zhou from the webdrama Heroin (Addicted) releases the song “Moonlight” on weibo a few days ago. He has a soothing voice. He and fellow drama OTP Johnny Huang have been paraded around town in all types of magazine spreads. heh.

=======> ♦ Ruby Lin and Tony Yang in their horror movie, Phantom of The Theatre. Hitting theaters on April 28th. The two had some saucy scenes together in the previous installment. 😛

=======> ♦ New stills of the supporting cast in Demon Girl. Do you recognize the first two guys?

Steven Ma! I guess everyone is gonna get those elf ears? XD

=======> ♦ New trailer and stills for Les Interpreter with Yang Mi and Huang Xuan.

=======> ♦ With You with Seven Tan and Liu Hao Ran releases new trailer and music video. How did cute become gangsta? Lol. [Previous Post.]

=======> ♦ New music video for Hu Ge’s Go Goal Fighting! Hu Ge’s character reminisces the time when he was young and on the field. Aww.

=======> ♦ Opening themevideo for Zhang Han‘s The Classic of Mountains and Seas. It started airing on the 20th of March. Did you guys watch it? It’s being subbed on Viki.

=======> ♦ Michelle Ye has a new republican drama, Rhododendron (映山紅), coming out on March 23rd. Peasant girl Michelle becomes a warrior under war time and befriends three good sisters with the same belief. Why does this sound badass?

=======> ♦ Promotional materials for My New Sassy Girl with Cha Tae Hyun and Victoria Song. They should’ve just used a whole new name instead of riding on the wave of the old movie. New generation already, peeps! 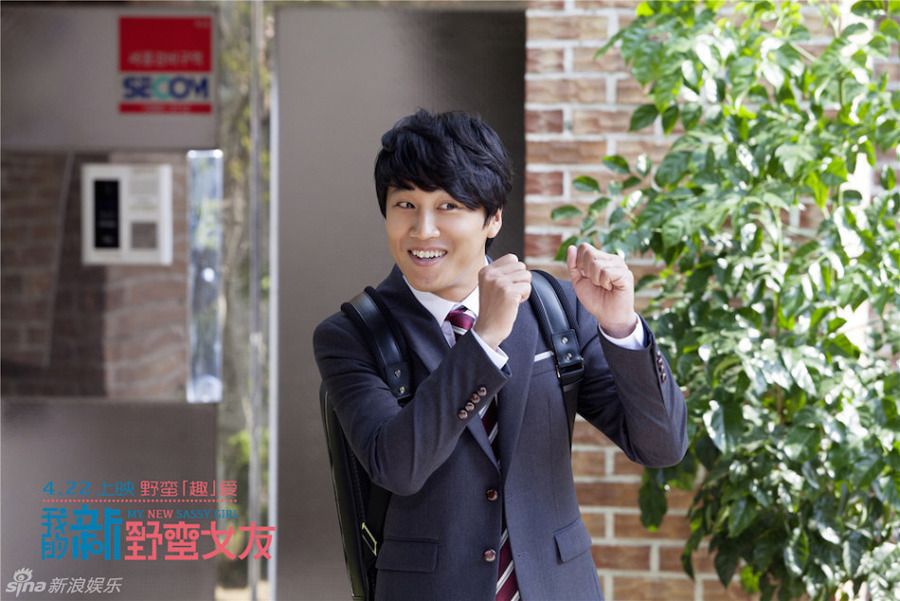 =======> ♦ Webdrama version of Ghost Blows Out The Candle starring Jin Dong and Chen Qiao En quietly begins filming on March 26th. Joe is not there yet b/c she’s romancing the Nirvana Prince in Shanghai and Paris. But Jin Dong has another company. Where did they find this MAN?! 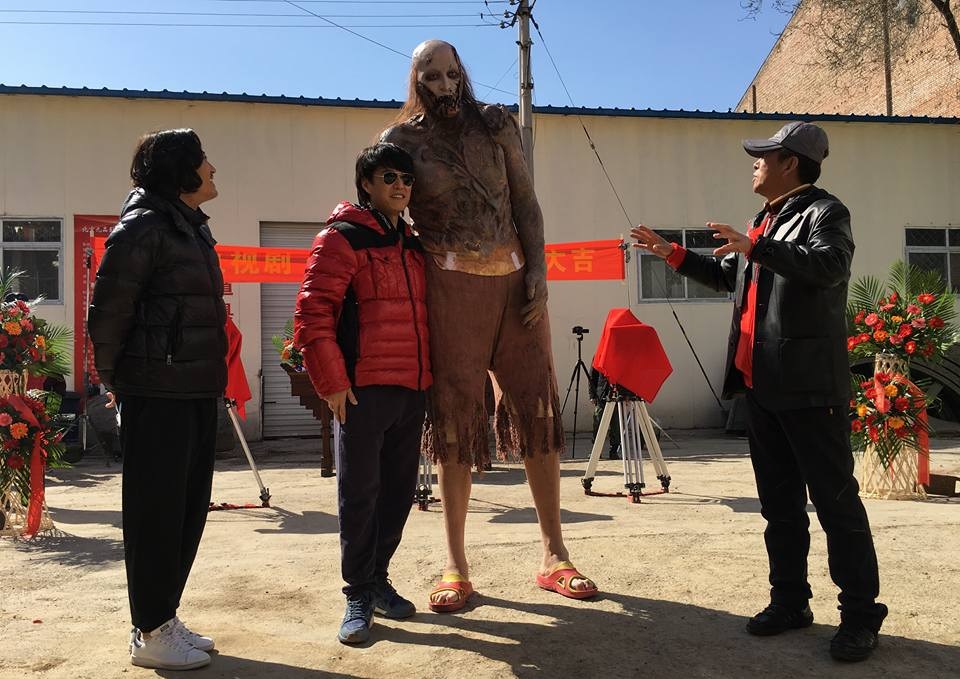 =======> ♦ Three Lives Movie Version wrapped filming after 3 months on 3/21/16. There are a lot of leaked, LQ pictures so I won’t be posting those. Be patient and wait for the official stills. 🙂 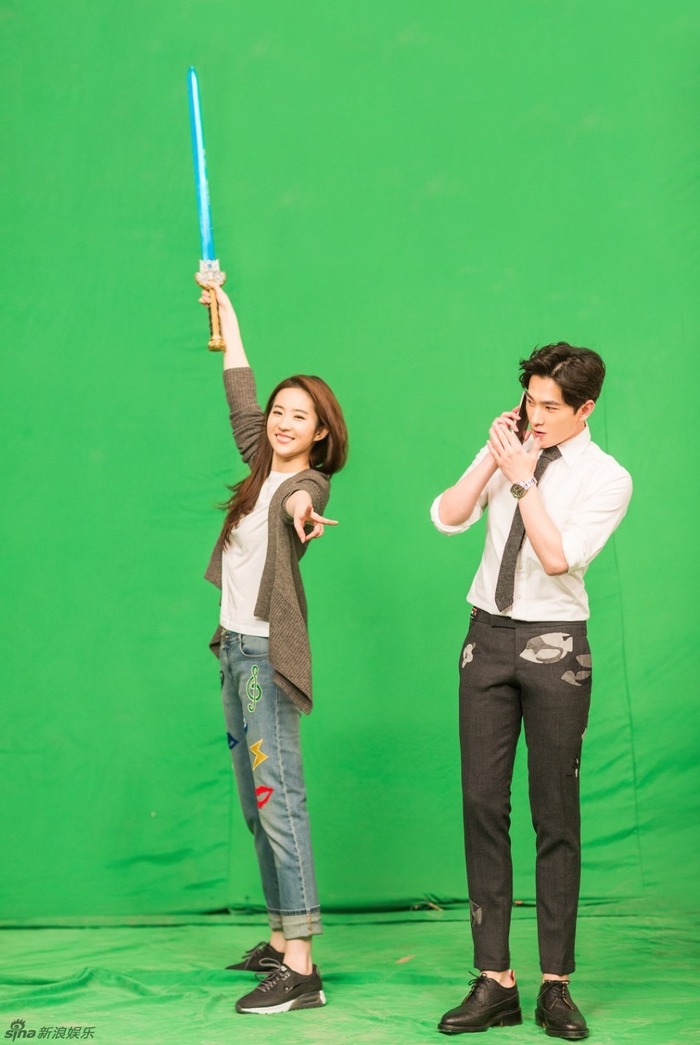 =======> ♦ The Legend of Sumoer (大清江山之龙胆花) with Yan Kuan and Sunny Du releases first trailer below.

=======> ♦ Fei Wo Si Cun‘s The Starry Sky is the next novel to make its television debut. Whoa, her novels are selling like hot cakes huh??!

=======> ♦ Hottest soldier on the planet atm Song Joong Ki will grace his presence on Happy Camp this may. Yikes. The airport will be packed. Stay safe, ladies. X)

=======> ♦ Modern drama, You Love Me This Much, I’m Going To Take It Seriously (你这么爱我，我可要当真了), about pilots will begin filming in April with Jiang Jin Fu and Li Xiao Lu. Wang Luo Dan, who previously confirmed, is no longer in the series.

=======> ♦ Another novel of Ding Mo is going to have a drama adaptation. 穿越之江山不悔 which I’m gonna tentatively call No Regrets Coming Into This Kingdom. The story sounds a bit creepy on a quick skimming session. Female lead time travels back to the past having died horribly from cancer in the modern days. She wants to relive her life with meaning and finds herself in the body of a 16 year-old girl, imprisoned by her stepfather while he tests various poisons using her body. He believes that when he consummates marriage with her at age 16, he’s supposed to become immortal or something. *creepy creepy* Male and second male lead are best of friends and of course they fall in love with her.

=======> ♦ Yang Zi and Qin Jun Jie are names attached to a new period drama set in the Qing Dynasty. They are currently in The Legend of Chusen.

=======> ♦ General Huo Qu Bing (that is Eddie Peng’s character in Sound of the Desert) will get a new adaptation of his life story.

=======> ♦ China is looking to buy the copyrights to remake hit monster Kdrama, Descendents of the Sun. Ruh Roh.

=======> ♦ Bike CF with Huang Xiao Ming. She was too busy to attend the press conference. Only have one picture of them together.

=======> ♦ Latest rumor has Ma Tian Yu as the other potential male lead for The Legend of Chu Qiao. OMG. I’m dying of laughter right here!! I have a story to tell you guys (later)…if this news is true, I would be the happiest Li Ying’s fangirl EVER.