Not much going on in dramaland but music land? Everyone and their grandmas decided to drop a single this past week. Lol. I keep on pushing this batch back and removing bullet points to make individual posts. It’s been…two weeks now? But yes, lots of news.

Click to Expand Batch News
=======> ♦ Gorgeous Posters for star-studded film, The Wasted Times (罗曼蒂克消亡史), with Ge You, Zhang Zi Yi, Tadanobu Asano, Han Geng, Du Chun, Gillian Chung, Wallace Chung and more. From the comical trailers, I can’t tell that it’s a thriller about a Japanese spy trying to locate a former friend in order to uncover the truth of his family massacre in Shanghai years ago. Out in theaters on December 23rd. 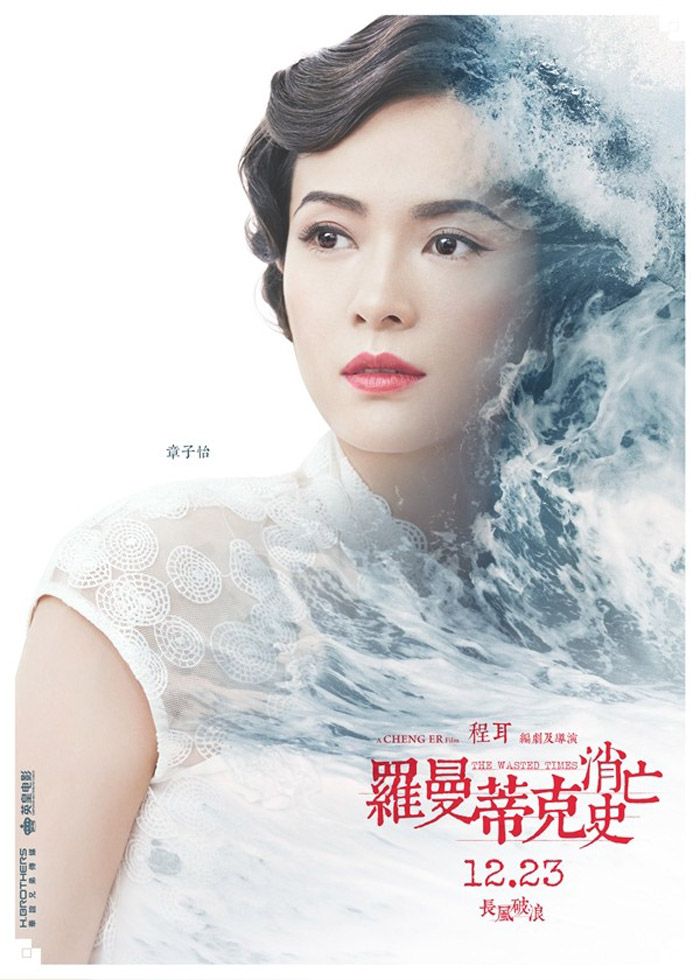 =======> ♦ Eddie Peng has a few rumored projects and I do hope to see him back in dramaland. In Operation Mekong (湄公河行动), he is with Zhang Han Yu in the latest action movie based on the Mekong River massacre. 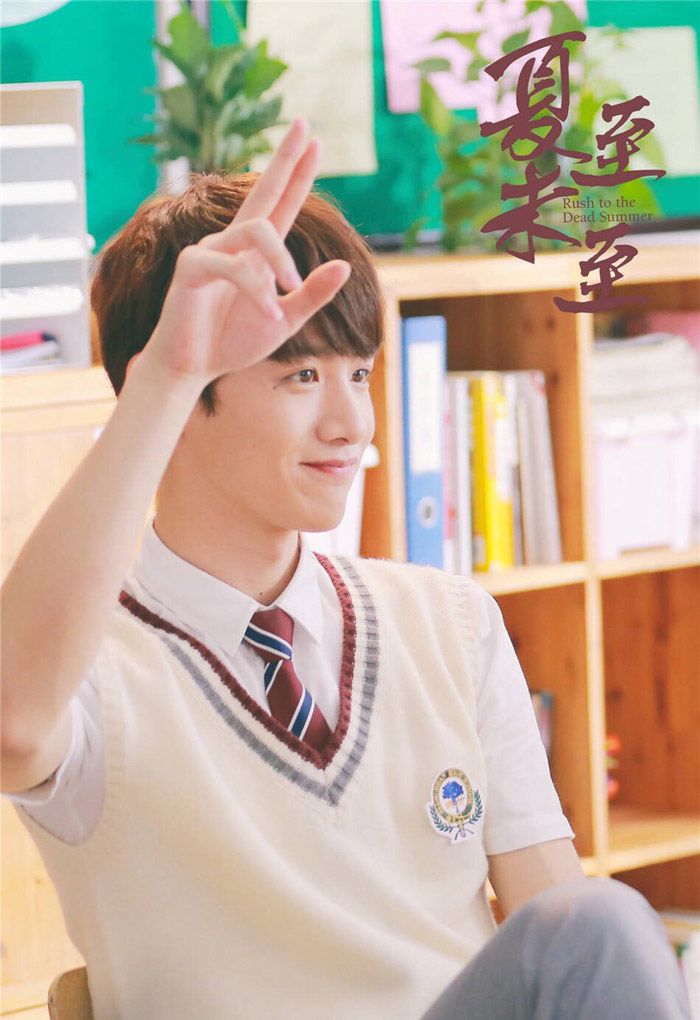 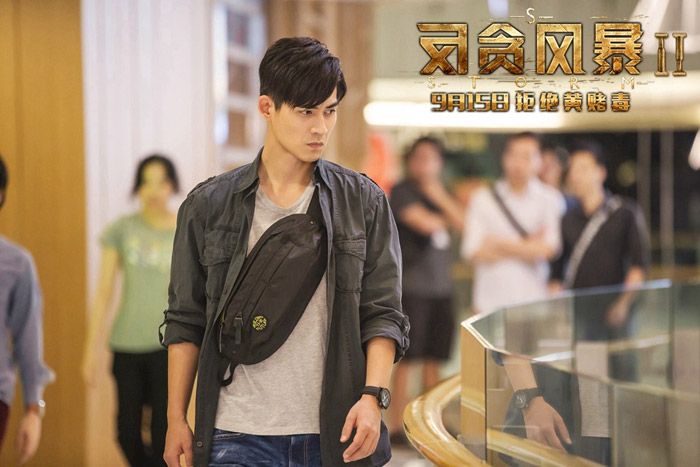 =======> ♦ Kris Wu looking real pretty in promotional stills for new song, Sword Like A Dream, for a game he’s endorsing. It’s released on September 5th! The song sounds like one of your old-fashioned wuxia songs with modern techno beats. Soothing.

=======> ♦ Themesong for I Belonged To You by Li Hong Hao. And another trailer for Deng Chao x Zhang Tian Ai couple.

=======> ♦ Liu Yi Fei on her way to Canada to attend Montreal World Film Festival. WHY DOES SHE LOOK FLAWLESS ALWAYS? Even the wind is doing its job of fanning her hair at the right angle! XD

=======> ♦ Jimmy Lin has been sharing photos of his twin boys… My gosh, look at those cuties and their HAIR!! They are nine month-old now.

=======> ♦ At the event for Burberry on 9/6, Ruby Lin officially announces her pregnancy to the reporters for the first time. When asked about married life, she confesses that they are both pretty busy but they still find time to dine and stroll during the night. She hasn’t experienced these things before. While they are simple activities, she’s having fun and feeling happiness. Awww!!

=======> ♦ Rainie Yang reveals the main song from her new album! It is said to signify her transformation into a mature adult since entering the showbiz 17 years ago. Wow.

=======> ♦ Our Fuo Ye aka William Chan also drops a new single (W企劃). It looks like he has 6 personalities in the music video. Lol. As a singer, William is perfect – he’s got the looks, the charisma, and the swag.

=======> ♦ In addition, hot commodity Yang Yang has a new song too! “Love is a Crazy Word,” to celebrate his 25th birthday on 9/9. Very catchy song. Liu Yi Fei also showed up at his birthday party fanmeeting. So sweet.

=======> ♦ After a gathering with friends, young actor Zhang Yi Shan is caught in scandalous behavior with another male. Oh krap. You know I don’t care about an actor’s sexual orientation/preference but China does. And I hope he’s careful because they be snippy these days and he just signed on many projects…

=======> ♦ In TVB drama, Alliance (同盟), Nancy Wu reveals that she will be playing Ruco Chan‘s bodyguard! hahaha Too funny. Tight and fitting clothing for her.

They are so beautiful at Miss Hong Kong Pagent Ceremony.

=======> ♦ Ma Tian Yu, Sun Yi, Alan Yu Meng Long, and Wallace Chung are now attached to the drama adaptation novel (loosely translated) Liang Sheng, Maybe We Won’t Be In Pain Anymore (涼生，我們可不可以不憂傷). NOOOOOO. I really don’t like story line where they are raised as kids/siblings and grow up loving each other. T___T Ma Tian Yu has already been seen on set so he’s confirmed.

=======> ♦ Jackie Chan will receive the Academy Honorary Award for his outstanding and legendary international film star career. Say what you will about Jackie, but he is the only Asian star whose name is recognized world wide.

=======> ♦ Wang Kai and Wang Zi Wen‘s When a Snail Falls in Love will compete head to head with its brother, Memory Lost, in October. WHYYYYYY? Why can’t I catch a break?!!

=======> ♦ Sun Yi and Deng Lun wrapped up filming for Because of Meeting You (因为遇见你) on 9/4 after 3 months of filming. He’s now joined Zhao Li Ying’s Princess Agents. Finally!

=======> ♦ OTP of Yu Zheng’s Demon Girl (Li Yi Tong and Zhang Zhe Han) will reunite in another drama penned by the mama himself. How was Demon Girl after all ya’ll? Was her transformation to evil worth-watching? It ended with 20 episodes.

=======> ♦ Yoo In Na is switched out mid-filming for the sequel to remake of Queen in Hyun, Shuttle Love Millennium (相爱穿梭千年2). She is replaced by Taiwanese star, Puff Kuo. The drama also stars Wei Da Xun and Janice Man.

=======> ♦ Rumors has it that Legend of Ancient Sword Movie version has cast Huang Zi Tao.

=======> ♦ Sequel to tvb’s palace drama, Beyond the Realm of Conscience, has just confirmed its leading cast in Steven Ma, Annie Liu (Bu Bu Jing Xin), Nancy Wu (A Fist Within Four Walls), and Alice Chan. It’s tentatively called Deep Palace Scheme. Filming to begin in February of 2017. The original has a romance that still got me scratching on how they ended up together, despite me liking Steven and Charmaine, I was shipping her with Moses!! Lol. But, I really do like the fresh cast!

=======> ♦ Beside having a movie and a drama version, Three Lives Three Worlds – Ten Miles of Peach Blossoms will also get a webdrama, as announced before. They have silently started filming with a new face.

=======> ♦ Yuan Shan Shan and Korean Pop star are up for modern drama, I Think I Love You (我想，我爱你). Hmm? What happened to the souring relationship between C and K?

=======> ♦ Actress Yao Di and Qiao Zhen Yu are attached to new time-traveling drama, Man Man Qing Luo (蔓蔓青萝). Yes, our heroine wakes up in the past. And here I thought this trend ended already. Lol.

=======> ♦ TFBoys will star in a new drama called Boy Hood (我们的少年时代) with fellow teenage actress Zhang Zi Feng. She’s very cute! Was in A Love For Separation (小别离) and Sunshine Days (璀璨人生). In teacher roles are Xue Zhi Qian and Li Xiao Lu. Press conference on September 5th and the boys were wearing baseball uniforms so that’s the sport of choice.

Li Ying became the endorser for this Chando Lipstick. They photoshopped her so much that I didn’t recognize her. But the CF video is bright and bubbly, reminding me of Korean pop MVs. Check it out below.

Here is the promotional event she attended for Chando Lipstick on the 5th that I ripped off of QQ. The first thing they asked her to do is sit like Bi Yao. Lol. It’s pretty boring but she looks gorgeous in both dresses. I uploaded them into two parts since my free account doesn’t allow clips over 20-minutes.

She posted this on her weibo, symbolizing her evilness about running for the hills when trouble comes and leaving Prince Shawn behind. All with a cackle! LOL. Ripped it below.

On 9/6, Li Ying posted on Weibo: Days of Our Own (Our Ten Years) is not hōng hōng liè liè (meaning epic and spectacular), it is simply between gain and loss. In the years of our youth, when we were the most energetic, beside love, there is still friendship. We live together in the dorm, each of us embracing our dreams – some might be ordinary, others might be difficult. Even if we pick different paths for our life, once the music of Our Ten Years plays, I will always recall the memories of our time –  very simple, very ordinary. ❤ Thank-you for staying by [my side] once. Friends are the family you chose.

The Legend of Chusen reveals another music video, “Qing Yun Zhi” by Jam Hsiao. Lots of new footages, including the climax scene. I need to get back to watching the drama. No motivation to continue this past week. The TV airing schedule is also going to air more episodes to catch up with the online release. Not important to us international fans since we watch on youtube anyway.

At Bazaar Charity Night the other night, Li Ying has some fun answering questions.

1. If you could teach a kindergarten class, what subject would it be?
Any subject that doesn’t deal with numbers/arithmetic. Like history class, I could share some experience. (Ha!)

2. Bai Zi Hua and Zhang Xiao Fan are closest to your ideal man?
This topic I don’t want to think about because my ideal man changes every day. (I like her answer, having an ideal “set” of qualities to find a man limits your vision and option in seeing MORE of the person.)

3. What have your fans done that moved you?
They are doing it right now by attending this charity event tonight. I’m very happy and hope that I can whatever I can to help those in need.