How about some news round-up?

—-> ♦ These two – Zhao Li Ying and Wallace Huo are screwing with my head! They have no chemistry when they are their characters in The Legend of Flower but in their modern garbs, they do! Someone agree with me. Lol. It’s definitely Wallace’s master character not showing his emotions that is hindering their sparks! I went back to watch the trailer and Master never once smiles at all! The press conference held two days ago in Shanghai was stocked with cute, awkward moments. Both replied that the other is perfect for the role.

The OTP being asked to pose. Sigh. I love Zhao Li Ying but sometimes I wish she is more mischievous. Stop being so calm and peaceful. Lol.

What kind of pose is this Wallace? Are you trying to slit her throat with the bouquet? LOL.

Ma Ke as the beautiful demon lord Sha Qian Mo. This kid is tall but his face is tiny! 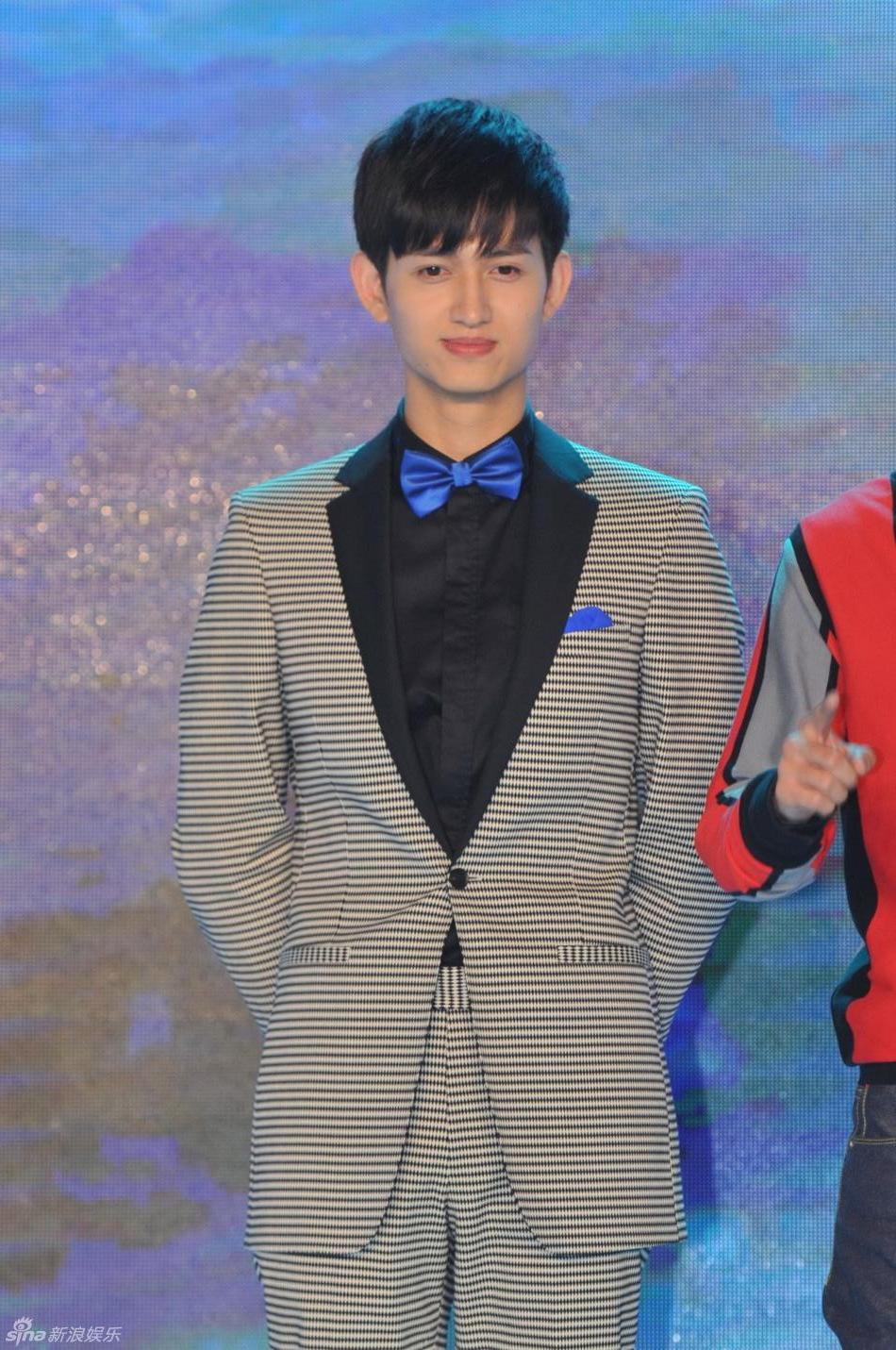 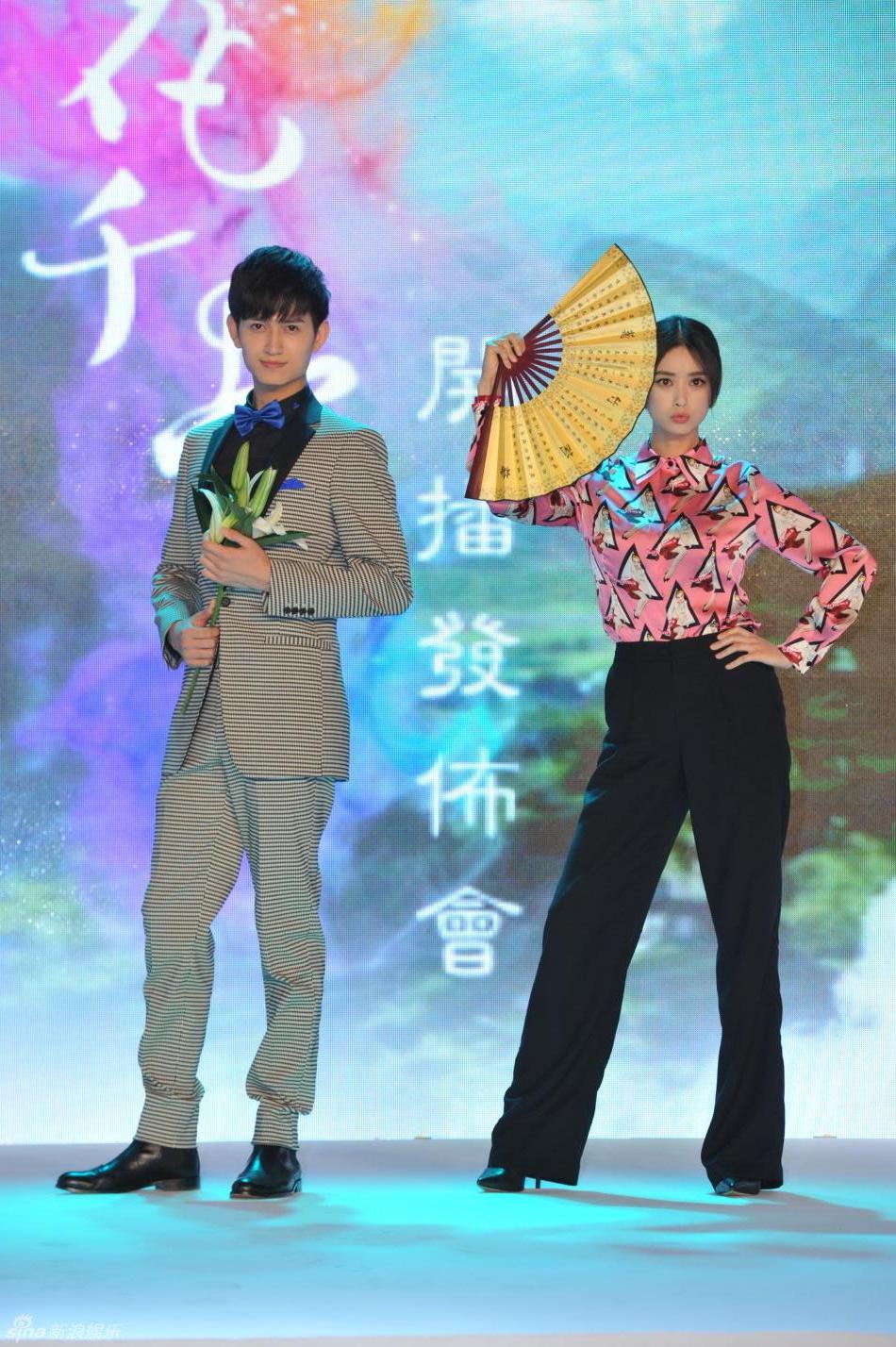 Zhang Dan Feng as Dong Fang Yu Qing. The hottie of the group, might I add!

They also had to re-enact a scene from the drama and had to act out each other’s character. Funny!

If I wake up to see that puppy face…. I might be inclined to fall right back to sleep.

—-> ♦ Stills and trailer for Vic Chou and Wang Luo Dan‘s rom-com movie, Detective Gui. She is socially inept and he’s a cute policeman. I had to watch twice to catch Tian Xin at the end there.

—-> ♦ Jung Il Woo has already returned to Korea after completing his scenes in The Rise of A Tomboy. He treated the crew to a dinner party. Couple T-shirts! Adorable!

—-> ♦ Kimi Qiao bids farewell to the crew of So You’re Still Here. He’s done! Let’s see what’s next for our pink lover! 😛 In the mean time, have a look at some character posters!

—-> ♦ Li Yi Feng reunites with Yang Mi in a upcoming film, Starlight. The premise revolves around the scandalous romance between a top star (Ah Feng) with his manager/agent (Ah Mi). No matter how many young and old starlets chase after him, our top star only has eyes for his manager. The movie looks to show how famous couples are harassed by stars, paparazzi, and their own fans. Filming begins 4/6/15!

—-> ♦ Gui Gui (The Four) and Dai Xiang Yu‘s Girl Who Wears Earring reveals two posters. Take a look at the fanmade trailer! OMG. SO VIOLENT. I did not SIGN UP FOR THIS. T_____T

—-> ♦ Qiao Zhen Yu pairs up with Yang Zi (Battle of Changsha) in 大嫁风尚. Not much is known about the story yet.

—-> ♦ Yu Hao Ming (Meteor Shower)’s detective drama, Hunter Jame, reveals long trailer. I have not heard of the young actor since the explosive accident and he suffered serious burn injuries in 2010. Glad to see that he has bounced back to work and has been in a few projects, this one being the most recent. The female lead is Lu Chen (A Different Kind of Pretty Man – her character gets eaten by a whale in the last episode. Lol.)