Wu Dang Yi Jian or First Sword of Wudang (武当一剑) with Chai Bi Yun and Yu Le Yi. This one has been waiting to air since 2017. It’s adapted from the novel written by Liang Yu Sheng, who also wrote The Bride with White Hair, The Patriotic Knights, and Seven Swordsmen, among many other. The production team needs some incredible credits for filming at most of the locations in the novel, including the Wudang Mountains and Shennongjia (in Hubei), and A’ershan Forest National Park (in Inner Mongolia). The story takes place during the Ming Dynasty and follows our hero’s journey in learning martial arts, finding the truth behind his parents’ deaths, and becoming a true master in Wudang practices while upholding justice.

END_OF_DOCUMENT_TOKEN_TO_BE_REPLACED 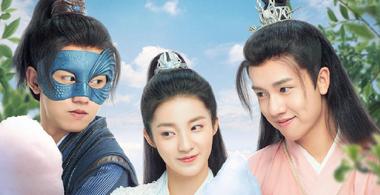 Love Like White Jade (白玉思无瑕) is an upcoming period drama featuring Zhang Yao and Wan Peng. Our female lead is hired to help our male lead’s in literature and martial arts. While they clash due to opposite personalities, she’s secretly looking for her missing twin brother, and he’s investigating the death of his father. He wears a mask while doing furtive investigation, making our heroine fall in love with him in that getup. When the truth is revealed, the same person is the culprit of both cases. The two finally work together to face the hardships and challenges ahead.

As fate would have it they were also in When We Were Young (人不彪悍枉少年) when he was the second male lead and she was the female lead. 🙂

END_OF_DOCUMENT_TOKEN_TO_BE_REPLACED

Sorry, am late to the game. Been running around doing errands on my day off. >.<”

END_OF_DOCUMENT_TOKEN_TO_BE_REPLACED

Love Scenery (良辰美景好时光) is a modern romantic drama adapted from the novel written by Qiao Yao. It follows the story between a singer and her loyal fan.

As a saying goes, one must achieve something when young because he cannot stay young forever. Liang Chen and Lu Jing made it. Liang Chen is devoted to bringing good music works to the listeners, expressing the idea of being kind, real and perfect. Lu Jing loves computer and big data research. He is highly recognized by academic field through studying complicated human behavior and psychology, thus influencing the classmates around by his solid specialty literacy. They are strangers first but then brought together by big data and they become closer in the journey of pursuing dreams.

END_OF_DOCUMENT_TOKEN_TO_BE_REPLACED 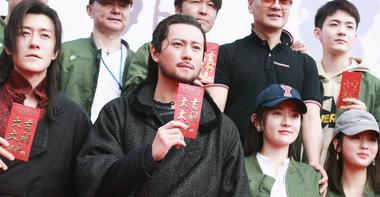 Just a couple of new pieces here and there this past week.

END_OF_DOCUMENT_TOKEN_TO_BE_REPLACED

Of Mountains and Rivers (山河表里) now known in English as Guardians of the Lands is the next Priest’s novel to be adapted. I think we need a new category just for Priest’s projects. Lol. It’s another BL novel following Chu Huan, to be played by Chen Xing Xu, and Nan Shan, to be played by new face, Chen Mu Chi. Chu Huan is a former secret agent who is hired to follow and kill a mafia boss but he falls over a cliff and ends up stranded in a mountain full of secrets and forces beyond scientific explanations, led by a pure and loyal tribe leader, Nan Shan. The two overcome their language barrier and begin many adventures together.

END_OF_DOCUMENT_TOKEN_TO_BE_REPLACED 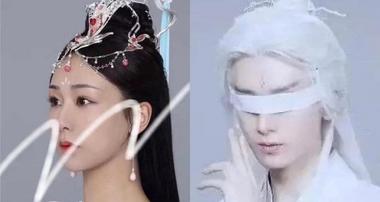 My gut feeling was true after all – something was wrong! When it was announced that Cheng Yi was the male lead weeks ago, I found it odd that we only get confirmation of our male lead and only bad quality unconfirmed pictures of the female lead at the time – Jing Tian. She was rumored for months with Cheng Yi but backed out and those initial photos were costume fitting of another ancient drama. Then just a week ago, Yang Zi‘s name became involved in the drama, with Yang Zi’s fans denying the leaked photos of her costume fitting as photoshop materials and calling out Huan Rui’s bad treatment of Yang Zi, forcing her to pick up this drama. And today, it has been confirmed by Yang Zi’s studio, Huan Rui, and Youku that Yang Zi was the actress they approached first, but she backed out due to scheduling conflict, and now is offered the role again and has accepted the deal.

What a mess huh? In any case, now that the seed has been planted, let’s support the actors and their project. I almost forgot, they were in Legend of Chusen too!

END_OF_DOCUMENT_TOKEN_TO_BE_REPLACED

The Rational Life (理智派生活) is an upcoming drama following the work and love life of our heroine. At a male-dominated work environment, she works hard and yearns for a promotion but it is out of reach time and time again. Her boss is also her boyfriend and he secretly makes life difficult for her, hoping she would quit working and get married. In comes a younger pursuer – her assistant; who sticks by her through thick and thin. He opens up her heart to new feelings and adventures.