The Confidence (阳光之下), which used to be called The Controllers, has undergone a name change and began airing yesterday 12/26! I thought it was just another modern drama sets in a corporation backdrop but the novel is very, very dark. Maybe pitch black? I’m quite horrified at the quick reviews I read from novel readers. Let’s call the dark character played by Peng Guan Ying as the main character and not male lead because he’s not one in my book. His love (??) for the female lead is possessive, obsessive, and just down right bat-crap crazy. Our female lead chances upon three criminals on her way to see her boyfriend and they want to “have fun” with her. She luckily escapes and kills one of them, but the main one gets away and he’s our main character, son of a mafia organization.

He plots his revenge against her, threatening her with her husband’s life if she doesn’t follow his needs. He proceeds to torture and rape her multiple times. O_O In the middle of this horrendous nightmare, our heroine discovers that his right hand man at the company is an undercover cop. She works together with him to gather evidence to take down the psychopath.

I’m sure the drama version will cut/change out a lot of the details. I hope. Lol.

END_OF_DOCUMENT_TOKEN_TO_BE_REPLACED 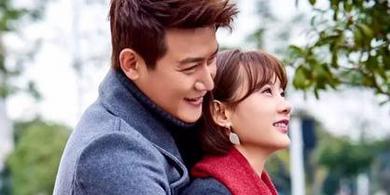