Non-stop promos for never-ending supply of dramas. Li Xian might give William a run for his money in the acting department but Will’s swagger goes on for hours! Lol.

=======> ♦ Action-packed trailer for William Chan‘s modern drama, Only Side By Side With You, with Bai Bai He. We don’t mind seeing William in actions, now do we? William plays a bar owner (was in army, very gangsta). When young, he wanders the streets and is led by a big sis in the mafia. He was kicked out of the army when the second male lead (good friend) + female lead “supposedly” conspired against him, causing a downward slope on his life and now that he’s in a position with power, he’s back for some vengeance. Alas, he’s melted by our female lead and quits his mission….but the decision may not be his to decide now ~ 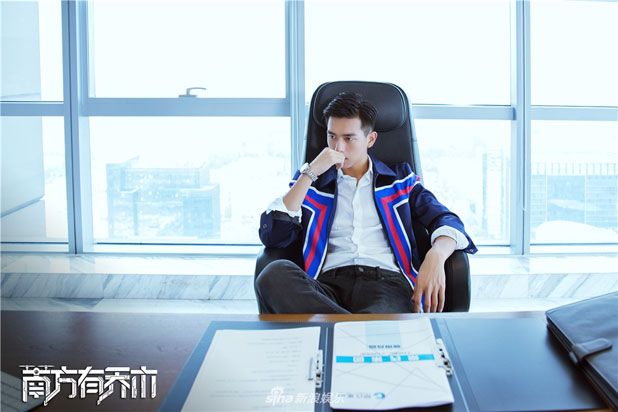 =======> ♦ First trailer for See You Again with Tang Yan and Shawn Dou as leads. Confusing storyline ~ Our 31-year-old heroine encounters an accident during a plane ride and is seemingly in a dream where she’s still attending college, where she meets her fiancé (Shawn) and begins courting him knowing their future together. In the long-running dream, she also tries to cure her ailing mother, guide her best friend on a better road, and finally find happiness with Shawn. However, he dies during an accident saving someone. Heart-broken, she decides to go forward in time by taking the same flight that causes the original plane accident. She wakes up and sees her husband safely by her side.

Directed by Lin Yan (Hello Joann, Grow Up) and written by Qiao Bing Qing and Zhang Min, Only Side By Side With You has 45 episodes.