William Chan doing his best moves in here, I don’t think he would have to act at all. Lol. There’s the lovely Movie princess Bai Bai He and beautiful sister Qin Hai Lu and also the rising face in Li Xian of Tientsin Mystic. Stellar casting and now the question comes down to the writing…

END_OF_DOCUMENT_TOKEN_TO_BE_REPLACED

Non-stop promos for never-ending supply of dramas. Li Xian might give William a run for his money in the acting department but Will’s swagger goes on for hours! Lol.

END_OF_DOCUMENT_TOKEN_TO_BE_REPLACED

The trailer looks so cute, it’s not overly dramatic and the leads don’t act like they are stuck as teenagers. The Evolution of Our Love (爱情进化论) stars Zhang Tian Ai, Zhang Ruo Yun, and Xu Wei Zhou in a roller coaster ride of finding life-long love. They were friends in high school and that friendship goes on for the next 15 years+. He carries a torch for her and watches as she dates man after man, ultimately remaining unlucky in the field of love. Will his gentle soul and observant eyes turn her attention towards the person who’s been by her side all these years?

END_OF_DOCUMENT_TOKEN_TO_BE_REPLACED

Everyone looks good, from main to supporting! YAY! If I could describe the plot in short terms, it would be In Time With You 2.0 because here our leads have been friends for 15 years, from their hormonal youth into adulthood. They support each other throughout the years and finally recognize that the best kind of love is the kind that grows along with you. Zhang Tian Ai is the go-getter at work but is unlucky with men (with that face?!) and Zhang Ruo Yun‘s the gentle soul with homely manners. Awww, their dynamics is gonna be uber sweet.

END_OF_DOCUMENT_TOKEN_TO_BE_REPLACED

Makes sense for Zhang Ruo Yun (The Fated General) and Zhang Tian Ai (Martial Universe) to want a break from wearing heavy costumes in period dramas, as they are back together as the new OTP for a modern drama called The Evolution of Our Love (爱情进化论). Will write more details when I get home from 12-hour shift, in the meanwhile, pretty pics from the booting ceremony! 😀

EDIT 8/7: Alrighty, so I did check out the synopsis and it does sound like Taiwanese drama In Time With You with Ariel Lin and Bolin Chen, like you guys pointed out, not that the production team said anything about a remake. Lol. China, give credit! Zhang Tian Ai plays a career woman with good conditions but is unfavored by men. While Zhang Ruo Yun plays a gentle and easy-going man who loves cooking, cleaning, and gardening. XD To describe their 15-year old friendship/relationship, it is stated, “We are lucky to be considered as each other’s half so that we turn toward each other. But the process of life helps us learn that: Love allows us to evolve into better people.”

END_OF_DOCUMENT_TOKEN_TO_BE_REPLACED

Aww. Why are you two so cute?! The teaser mixed with behind-the-scenes video surprised me in its tone. I thought it would be darker and more angsty and typical (with the misunderstandings and hero betrayed by good friend.) But Bai Bai He appears to have a good head on her shoulders so our hero, William Chan, has much to do to really seduce her. Ha. Only Side By Side With You (南方有乔木) is an upcoming modern drama adapted from the novel written by Xiao Hu Ru Wei.

END_OF_DOCUMENT_TOKEN_TO_BE_REPLACED

Oh yea, get it, bar owner William!! Will write about his new project in a little bit.

END_OF_DOCUMENT_TOKEN_TO_BE_REPLACED 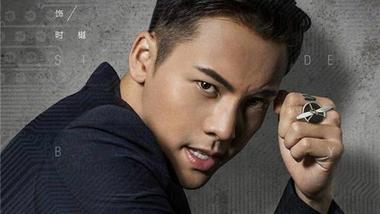 Only Side By Side With You (南方有乔木) is the upcoming modern Cdrama adapted from the novel written by Xiao Hu Ru Wei, starring William Chan (Love Lost in Times) and Bai Bai He (Surgeons) as leads. Booting ceremony was held on 3/29 and they have started shooting as well. The production has released posters of the main actors a few hours ago, confirming the main cast.