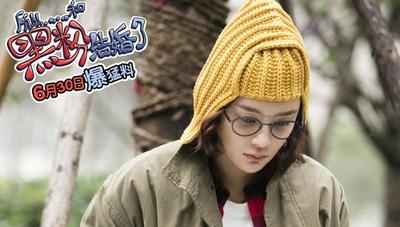 So sad, two of my youtube accounts each has two strikes now, thanks to the webdramas and HNTV for being evil. T___T I don’t want to risk losing the beautiful music videos I’ve uploaded so no more videos from those two accounts. I will now piggyback ride on others, only uploading the ones I really like.

=======> ♦ Magical Space Time. Looks more serious than initially thought! The role our Korean Idol boy, Kim Sung Joo plays is finally revealed. Turns out he’s the former face of Jia Nai Liang. Our male lead is attacked and disfigured, then given the time-traveling camera by a mysterious person. New premiere date is April 27th. Did Ma Ke’s Rebirth of the Superstar start a new craze?

=======> ♦ Opening theme song for Ode to Joy. There’s a popular phrase in some comments on weibo, Ode To Joy doesn’t need men, Nirvana in Fire didn’t need women. LOL. Honestly though, can’t we have the best of both worlds?!

=======> ♦ A cute new trailer for Les Interpreters (翻译官). Polaris, you finally got your wish, we hear her speaking French in this clip! =D

=======> ♦ Hawick Lau‘s drama, Road to the North (一念向北), unveils its opening theme mv and ending themesong, both sang by him. I swear this man has a built-in chamber where he films secretly at night. How is it that his dramas keep coming out left and right?!

=======> ♦ Sammul Chan‘s republican drama, Trumpet of Blood and Iron (铁血军歌), from last year finally revealed a 5-minute trailer. He stars opposite actress, Tao Xin Ran. I love the name of this series!!

=======> ♦ A new action movie Skiptrace (绝地逃亡) with Jackie Chan, Jonnny Knoxville, and Fan Bing Bing. Jackie plays the role he does best in American films – a detective following and collecting incriminating evidence of a top mafia leader. Bing Bing plays our detective’s niece. Lol. Isn’t it also funny that whenever there’s news of Jackie Chan’s “last” Kung Fu movie, we see another one coming out? Teasers below.

=======> ♦ Liu Yi Fei and Leon Lai in movie Night Peacock (夜孔雀). Interesting how she’s been taking on quite a few sensual roles this past year, huh? Breaking my little bro’s heart. YESH! Premieres on May 20th.

=======> ♦ Yang Yang and Zheng Shuang reunite briefly for a tea advertisement. Both look fresh and pretty!

=======> ♦ First teaser for comedy movie, So I Married An Anti Fan (所以和黑粉结婚了), starring Yuan Shan Shan and EXO’s Park Chan Yeol. I can’t believe there’s a day where I see these much emotions from Miss Yuan’s face! She’s full of energy and looking adorable in this project. Color me impressed!