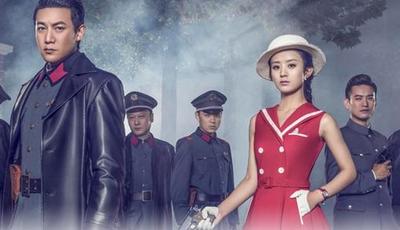 So many dramas premiere this week. My hard drive. My brain. Check out my Cdrama Airing Schedule below the banners to keep track.

English Title: Rookie Agent Rouge
Chinese/Korean/Japanese Title: 胭脂
Cast: Zhao Li Ying, Lu Yi
# of Episodes: 45
Airing Days: TBA
Broadcasting Station: Zhejiang TV, Dragon TV
Synopsis: The story follows the growth of our heroine as she goes from a spoiled, reckless, rich girl to a patriotic young woman, acting as a spy to chase out the traitors working for the enemy during the period of Anti-Japanese sentiments. Lu Yi portrays an experienced officer, guiding and providing support along the way as she navigates through treacherous grounds. [Credit: AVV]

Kappy: We are gonna die of ZLY-drought after this series is over. T___T Cherish it. Love it. Lol.