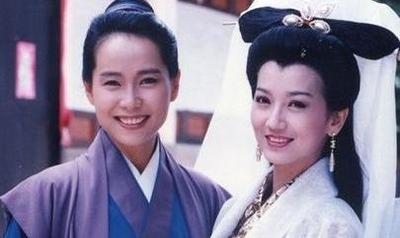 Another remake in town. This one will strike a chord with older fans because the most popular version is Taiwanese drama, New Legend of Madame White Snake (新白娘子传奇) released in 1992 starring three beautiful actresses in Angie Chiu, Cecilia Yip, and Maggie Chen. The production even invited former costume designer, Wu Bao Ling, to work on the new series after 23 years. Whoa.

Stills and Themesongs From Older Versions:

—–> 1992 Version: New Legend of Madame White Snake with Angie Chiu, Cecilia Yip, and Maggie Chen. The story is based on Chinese folk legend, Legend of the White Snake, a love story between a snake-turned-lady Bai Su Zhen and scholar Xu Xian. After being fed an immortal pill, little white snake wants to return the favor to the humble scholar and turns herself into a human girl. In her quest, she also befriends a green snake called Xiao Qing. Bai Su Zhen meets the scholar again in human form and falls in love with him. Troubles come their way when the jealous turtle turned into a relentless monk Fa Hai, hellbent on ruining Su Zhen’s happiness, appears. He feeds Su Zhen a concoction, forcing her to reveal her true snake form to her husband, and it shocks him to death. Thus begins White snake’s journey in reviving her husband and constant running from Fa Hai. [More details.] (I have to say I didn’t know Fa Hai is actually a jealous turtle turned monk who didn’t get a piece of the immortal pill.)

Yep. Cecilia Yip portrayed the male lead in this version.

The three ladies reunited for Jiangsu Tv 3 years ago, celebrating their 20 years anniversary.

—–> Film in 1993 starring Maggie Cheung and Joey Wong. This is the pretty sexy version. Lol.

New Adaptation of 2016 reveals teaser posters for Fa Hai and Xiao Qing. Fans are placing in their guesses for the actors. Guesses so far: Huang Xuan or Huang Xiao Ming, and the ladies are Victoria Song Qian or Jing Tian or Nini. What do you think?

Directed by He Shu Pei (The Legend Liu Shan Men, Legend of Fragrance) and written by Li Bin Hua (The Nation Under The Foot), New Legend of Madame White Snake plans to have 60 episodes.