Both dramas look cute and the leading males and females are all adorable! More on your drama plate. =)

=======> ♦ I Don’t Like This World, I Only Like You aka Le Coup De Foudre is based on the short and sweet novel written by Qiao Yi (Joey), where the story is basically her own romance with her husband, written in short, interesting anecdotes from the time they meet in school, how they get separated, reunited, and finally married. She’s a bubbly and optimistic person while he’s the cold on the outside (poisonous tongue to boot) and warm in the inside. Janice Wu Qian and Zhang Yu Jian play the main leads. 😉 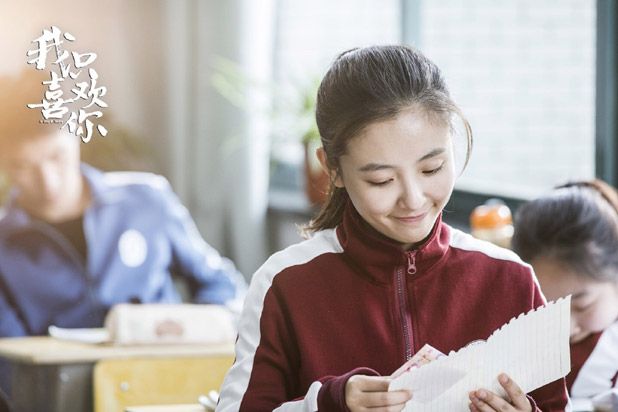 =======> ♦ The second youth drama The Emergence of First Love (出线了初恋) stars Zheng He Hui Zi and Chen Zi You as the main leads. Pretty, pretty. Male lead reminds me of L from Infinite! She’s a manhua addict who’s looking for a new way out creatively and she meets our male lead, who was a soccer player but gave up his dream after he suffered from an injury. They didn’t like each other at first but proximity is a dangerous thing and she ends up helping him mend his friendship with his best friend (played by Yang Ye Ming), landing herself right in the middle of them two in the process.