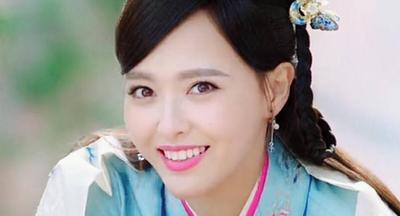 I know we’re busy with crime-solving dramas at the moment but one highly anticipated palace drama scheduled to be out in 2 weeks is Tang Yan‘s hopeful villainous transformation in Princess Wei Young (锦绣未央), in which she spars against her bubbly two-faced sisters and breaks the hearts of some men on her way to the top. Will she right the wrongs that past villains failed to do? (Kap: She better or else…Lol.)

Pretty Li Hui Zhen (漂亮的李慧珍) is the Chinese Remake of Korean drama She Was Pretty, starring Dilmurat and Peter Sheng Yi Lun. From the stills, Peter is in trouble. He seems to only have one expression! Zhang Bin Bin (KO in Love O2O) in Siwon’s role looks ready to steal the limelight.

OMG. The girls are so cute!!

Dilraba is so adorable!