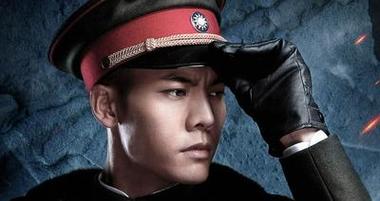 What? You didn’t know? Raiding ancient people’s resting places is the new trend for many beautiful people these days. Old Nine Gates (老九门) is the prequel to The Lost Tomb and follows the leaders of the nine grave-robbing family and their adventures to save the people of Changsha from a potential deadly threat. Posters of the main characters were just released including leading men in William Chan and Zhang Yi Xing, as well as a cameo appearance from the busy queen Zhao Li Ying.

William Chan as Zhang Qi Shan. He is Zhang Qi Ling (played by Yang Yang)’s ancestor. Leader of the nine families. Synopsis: A mysterious train ride to Changsha leads to a bizarre mountain areas, where Zhang Qi Shan seeks the help of Er Yue Hong and good friend Qi Tie Zui to infiltrate a mine, resulting in the discovery of an ancient tomb. At the time, Yue Hong was in the North searching for medicines to save his wife. The trio quickly become good friends and unveil the unsettling massacre plan of the Japanese to poison the Changsha river. To protect their people and city, the nine families stand together to ward off the invaders.

William looks really good in uniform but I hope his acting has improved since Zu.

Zhang Yi Xing as Er Yue Hong. His day job is a female opera singer with a flower boy face. Is devoted to his wife.

Ying Hao Ming as Qi Tie Zui. Ranked #8 in the family. A man skilled in fortune-telling and divination.

Hu Yun Hao as Chen Pi A Si. Ranked #4 in the nine families, is said to be the most cruel.

Old Nine Gates is divided into four parts, each part having 12 episodes, and plans to air starting in the summer of 2016 on Qiyi. Directing will be given to Liang Sheng Quan (Legend of Flying Daggers, Braveness of the Ming), He Shu Pei (Legend of Fragrance, Liu Shan Men), Huang Jun Wen (Liu Shan Men, Braveness of the Ming), and editing the drama script is Bai Yi Cong (The Lost Tomb).