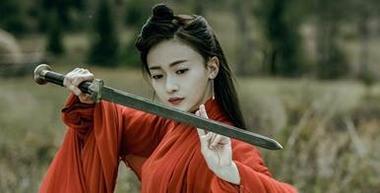 With history experts and a new stylist (He Qian from Huang Xiao Ming’s Xuan Zang) on board, maybe Zhao Ge will be Yu Zheng’s turnaround drama? The drama name Zhao Ge (朝歌) comes from the last of a series of cities that served as capital of the Shang dynasty, and later capital of State of Wei [Wiki.] It is a fantasy historical drama retelling the wars between the Shang and Zhou dynasties written and produced by Yu Zheng.

I just love watching behind-the-scene videos these days. Really gives you another perspective into the work behind all these grand productions.

Zhang Zhe Han as King Wu of Zhou. First king of the Zhou dynasty of ancient China. It was the Battle of Muye that led to Zhou’s victory.

Bao Jian Feng as King Zhou of Shang, known as a tyranny, mercilessly executes and punishes his officials for standing in his debauching ways.

Wu Jin Yan as Daji, a beautiful concubine that causes the downfall of the Shang Dynasty. In Chinese legends, she’s a malevolent fox spirit.

Chen Shu as Nuwa. It’s like a golden bird nest. Where to lay my egg….

Gillian Chung. Queen of Yu Zu. She is beautiful in ancient styling.

BTS & Interview with the Production Crew: