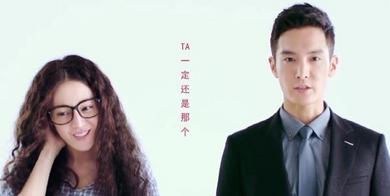 Wow, another confirmed production for Miss Dilraba Dilmurat. Looks like she will be the IT girl of 2016. Her modern drama, a remake of Korean series (She Was Pretty), Pretty Li Hui Zhen (漂亮的李慧珍), with Peter Sheng Yi Lun is set to air on January 2nd! On the other hand, novel-to-drama adaptation of The Flame’s Daughter (Lie Huo Ru Ge, 烈火如歌) also confirmed her as their feisty female lead.

No New stills yet so have some photoshoot of the OTP.

Lie Huo Ru Ge is a fantasy romance novel written by Ming Xiao Xi, who also wrote dark and twisted Summer’s Desire and Taekwondo Girl. The story focuses on a lively and passionate Ru Ge, heir to a big estate, and her entangled love with three men in her life. Lol. One enters a life of immortality just for the chance of meeting her again, yet he’s cursed with an unrequited love forever (Xue). Another is a gentle, loving, crippled man who eventually loses most of his senses (Yu). Lastly is an arrogant man who is her first love and also the one to break her heart (Feng). This sounds crazy from just a few words. XD Someone, tell me more!

Directed by Liang Sheng Quan (The Journey of Flower, Legend of the Ancient Sword) and written by Mo Bao Fei Bao (Bu Bu Jing Xin, My Sunshine), The Flame’s Lady is in casting mode for the three male leads and will begin filming in March 2017.