After years of rumours and changes, Qie Shi Tian Xia (且试天下) finally held a booting ceremony on 20 October. This drama is the highly anticipated adaption of novel of the same name by Qing Ling Yue and will be directed by Yin Tao (Love and Redemption, Under the Power, Listening Snow Tower). However, there was an absence of leads and no official confirmation at the ceremony. It has finally been confirmed today at the Tencent event that Zhao Lu Si will headline this drama. Her rumoured male lead is Yang Yang, but he is not yet officially confirmed.

Synopsis: A single seal determines the right to rule over the seven states. During turbulent times, when this seal goes missing, ambitious and talented youths set their eyes on retrieving it to fulfil their ultimate goals.

Dressed in white robes like the snowy moon, Bai Feng Xi is renowned for her unsurpassable grace, but unlike other females of her time, she’s not only carefree; speaking and acting in her own manner, but she’s also described to be as wild as the wind. Roaming the martial arts world, her encounters with the opposite, Hei Feng Xi is a tale to hear for many.

An exquisite handsome young man, in robes that reflect the dark moon, he is widely admired for being honourable, kind-hearted and tolerant. However, behind this façade is man shaped by the cruel environment he grew up in, to be calculative and cunning. It is this side that Hei Feng Xi willing allows Bai Feng Xi to see.

In the last ten years, their relationship has morphed in a manner that is hard to label. Enemies don’t accompany and support each other as they do, but friends don’t bicker and fight as often. Matched in fighting skills, how much do they exactly know about each other?

A sickly intelligent princess who is well versed in poetry and war strategies from a young age. Having the further accomplishment of having trained an army, as sole heir to the throne, she is forced to draw her sword and fight off the enemy. But how will she lead her people when she has no interest for that position?

A mysterious prince who has had to deal with the loss of his mother at a young age. What will be his choices during these chaotic times? With beauties all with their different political advantages, will he be one to have a harem?

A distinguished prince, who is unafraid to display his ambitions, with unmatched martial arts. Strong and proud with a king like arrogance to his demeanour, what will he decide to sacrifice for this world?

A man renowned in the martial arts world for his benevolence, admired by people as though he is a god. Someone who has otherwise not dipped into the political world, is it really as suggested that he lacks affinity with other people?

A noble princess, who holds the title as the prettiest person in this world. Will she support her own kingdom? Or will she docilely become puppet to someone else to fulfil her motive of becoming empress?

In this world of talented individuals, when only one person can be in the top position, who will win? Will their ties and relationships provide for companions or is this road as desolate and sacrificial as described? Most importantly, with the countless lives and anguish experienced what exactly will be most important to them?

Between the beauty and the world, what will they chose? 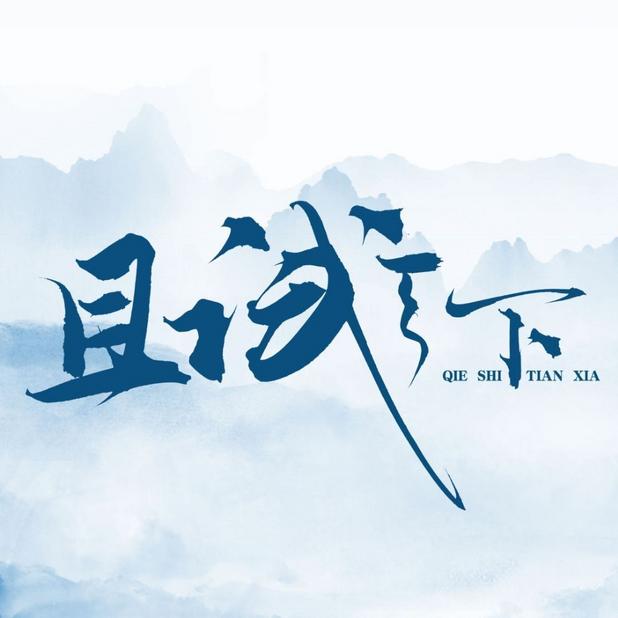 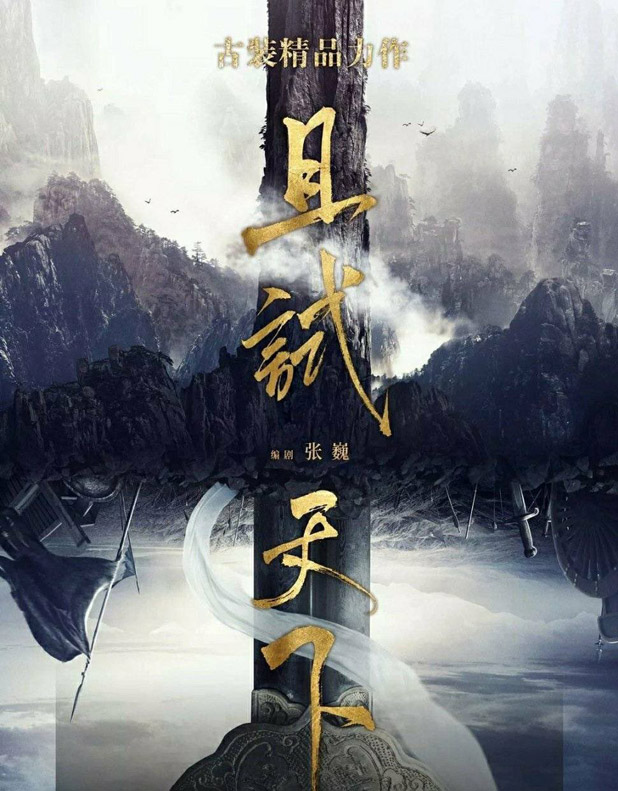 Pictures of Zhao Lu Si at the Tencent Event today: 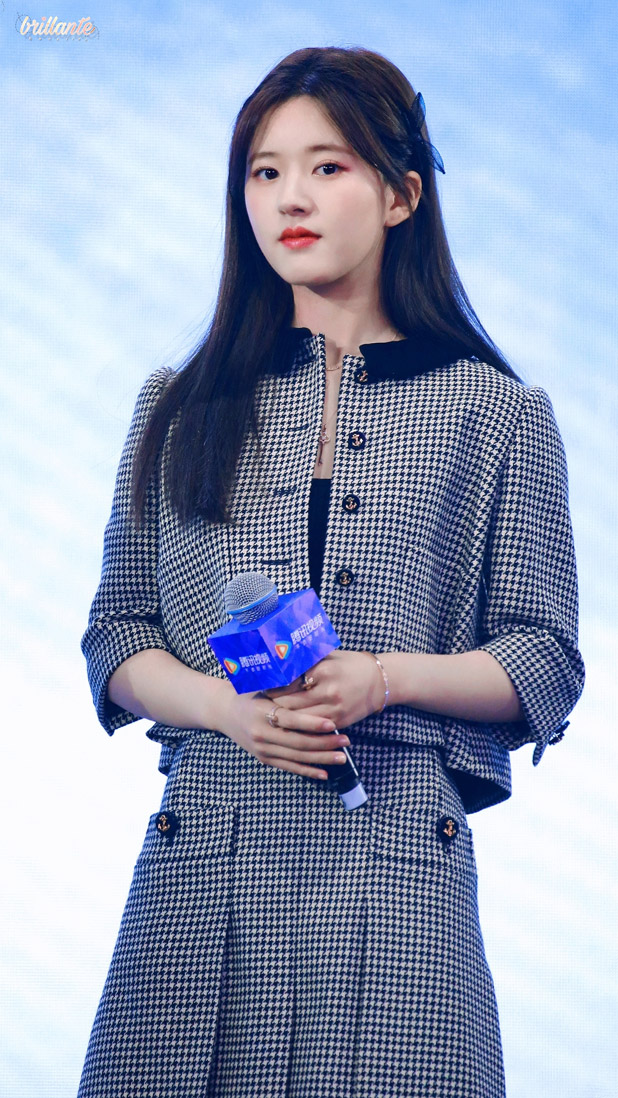 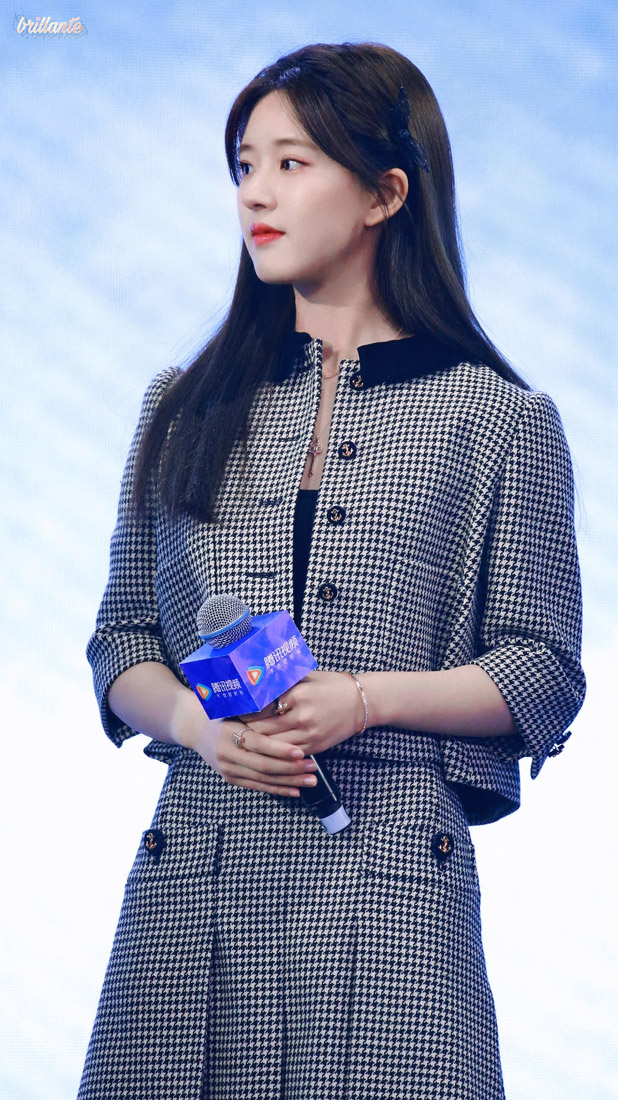 And to bless everyone’s eyes, unrelated pictures of Yang Yang at some recent events: 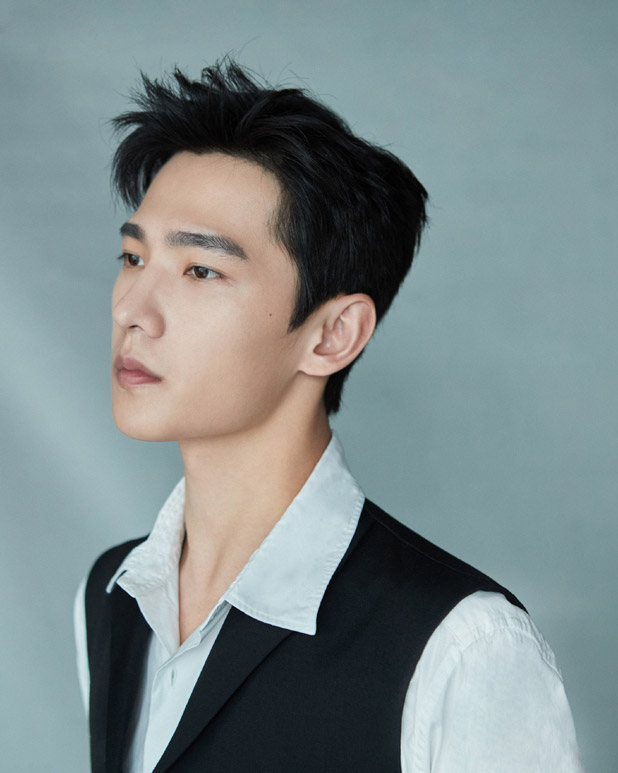 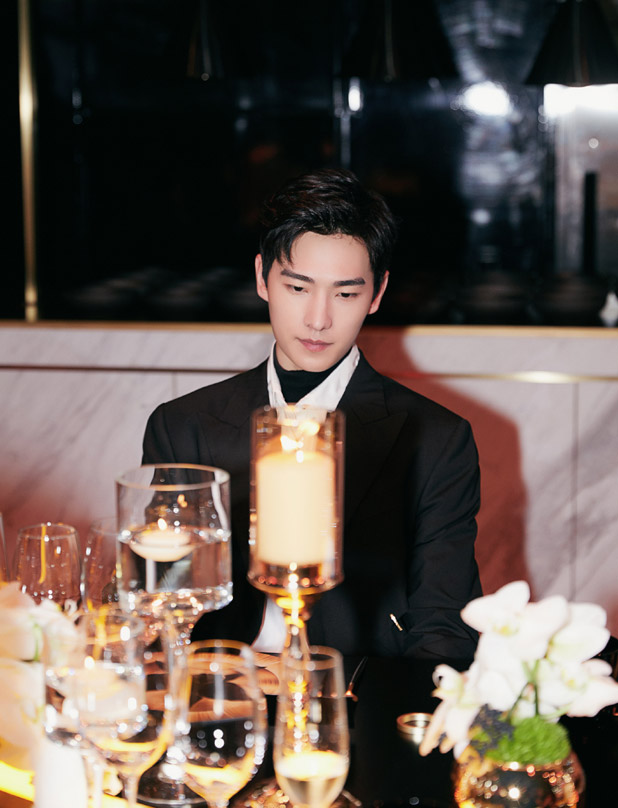 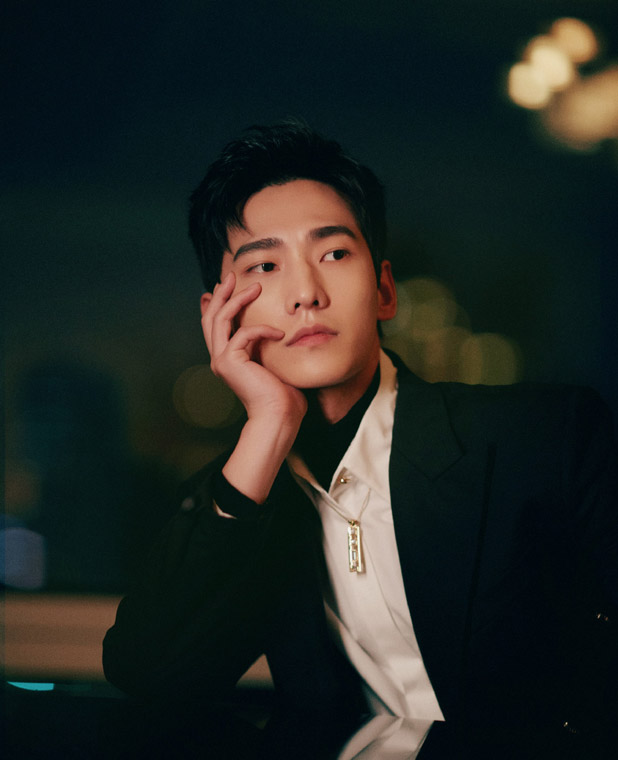 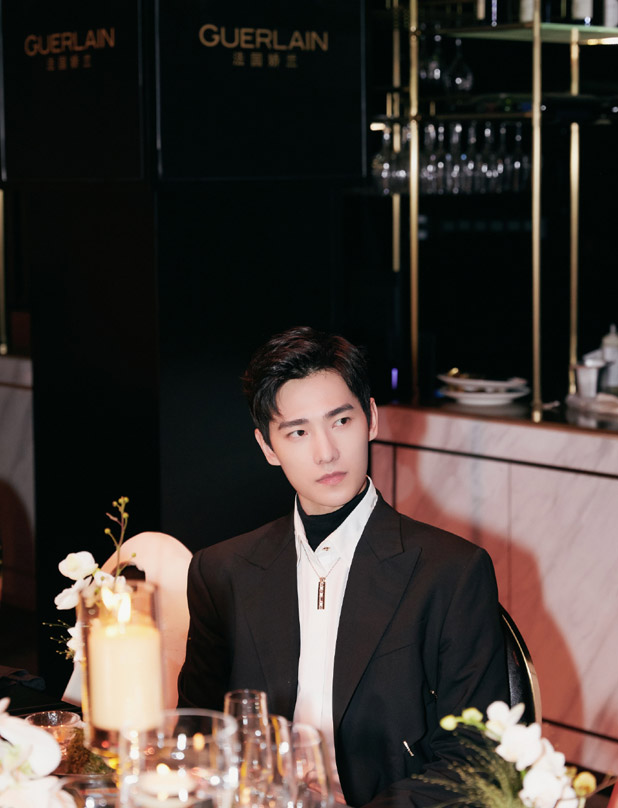 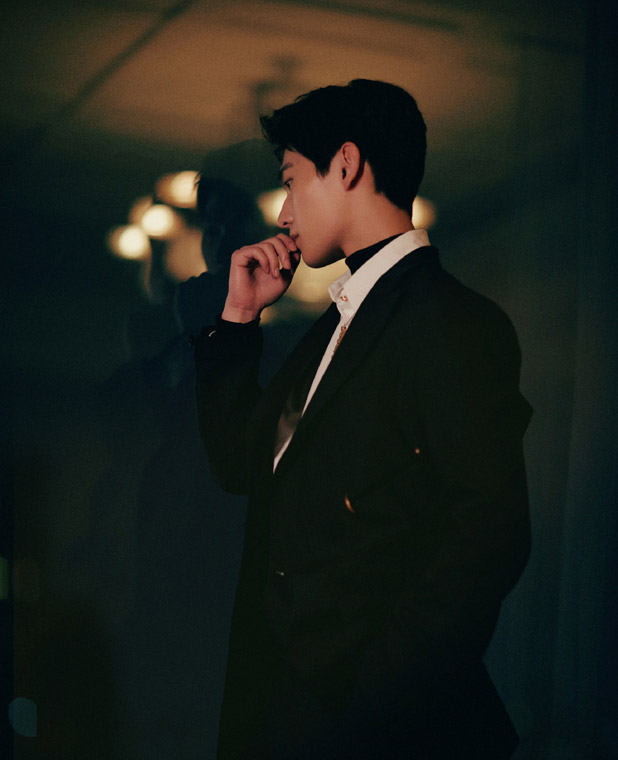 Bai Feng Xi is also the sickly princess and Hei Feng Xi is also the mysterious prince. In the novel, they kind of know of each other’s identities, but they have an unspoken pact, where they don’t question each other about this suspicion. Long story short, they engage in a political marriage, but since they are rulers of separate countries, they have a certain amount of distrust towards each other and with this they also hide their pain and feelings from each other too. So this engagement drives them further apart, until Bai Feng Xi almost loses her life. Hei Feng Xi stops the battle and rushes to her side, using his martial arts cultivation to save her. This causes him to rapidly age, but it’s thankfully reversible. Bai Feng Xi then decides that she can’t continue this fight for the throne and leaves, but she comes back a few days later with the offer for him to come along. He accepts, so they end up leaving the throne to Huang Chao, the second male lead.

The novel is a mashup of wuxia and politics. The war and battles are actually the predominant part of the novel, so although I love the main couple to bits, they really don’t have all that many moments together. Also HFX knows very early on that he likes BFX, but she’s pretty oblivious to it and will like other people.

My thoughts will be controversial, so if you are a fan of Zhao Lu Si, I would probably suggest to stop reading now!

I’ve had quite a few months to formulate my thoughts about this and believe me, I’ve gone through it quite a bit from denial to anger. At this stage I should be approaching acceptance now right? But I don’t think I am. No matter how I try to see it, I just can’t see Zhao Lu Si as Bai Feng Xi. Maybe I’m being shallow, since all I see is that she does not match the described appearance, but I also feel like this character is so different from the type she typically portrays. Maybe I should give her a chance to prove herself to be a versatile actress, but at the same time I don’t have high hopes having seen her acting in other shows.

I’ve been asked on several occasions who my ideal female lead for this show would be and it turns out that’s also not an answer I can give. Having read the novel, I did feel she was quite OP, so it’s possible that I set unrealistic expectations for this almost too perfect character. What I probably need is to be whacked back to reality, so I can set a much lower standard for IP casting. Normally, I would complain and then probably not watch, but with Yang Yang as male lead I really do have a certain dilemma, as my shallowness happens to like his face. I think visually, he definitely matches the character. Hei Feng Xi is a fairly complex character, so it would be interesting to see if he can pull it off. I still don’t know if my love for Yang Yang makes it worth committing to this series though, because I still feel like there’s no way they read the novel if they cast Zhao Lu Si.