For those of you who wonder what Yang Rong is filming that conveniently clashes with Yu Zheng’s drama, it’s fantasy drama, Ghost Catcher Zhong Kiu’s Record (钟馗捉妖记), which started filming on 11/16. Yang Rong’s co-stars are getting younger and younger. Lol. With Bai Yu born in 1989, in this one, Yang Rong will be romancing everyone’s favorite Qing Long gege, Yang Xu Wen, born in 1994. According to Chinese folklore, Zhong Kiu is in charge of relinquishing demons and evil beings. His story is of a sad one. After he passed the imperial examination, he was stripped of the honors for having a disfigured appearance. In anger, he committed suicide at the palace gate and upon meeting the King of Hell, he was granted the power to hunt and capture ghosts, in an effort to keep order. In this new adaptation, Yang Xu Wen takes on the titular role as young Zhong Kiu who is sent down to Earth to experience the turbulence of human life without his memory. 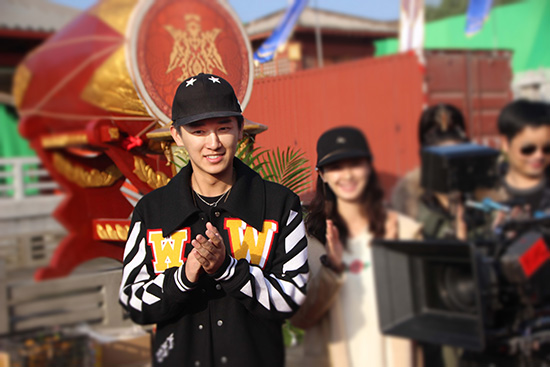 Oh Lord, Zhong Kui and his MOP OF CURLS! More bountiful than our female lead!