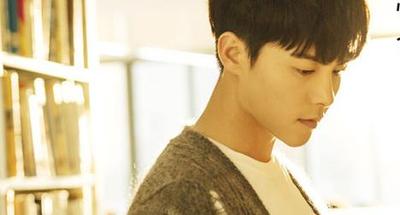 Hah. It’s official. I’m renaming this drama. From Liang Sheng, Can We Not Be Laden With Grief (凉生我们可不可以不忧伤) to the above, which is more like it. Just a day after announcing their official cast members, the production releases a batch of stills to whet your growing appetite for the melodrama. Lol.

Please visit the first post for more juicy details of the novel. Whether or not they are changing the script completely around to fit the somewhat logical standards of television is left to be seen.

Ma Tian Yu as Liang Sheng, the half older brother. My heart bleeds for you, Ray.

No stills of Wallace yet cause he ain’t on set yet, I believe. Busy bee!

Directed by Liu Jun Jie (My Sunshine), Liang Sheng, Can We Not Be Laden With Grief is still filming and will air on Hunan in 2017.