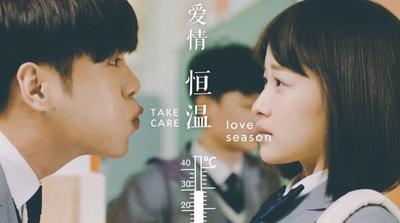 With February coming to a close, dates are being dropped left and right for March broadcast! Seriously though, how are ya’ll doing with the February dramas? I mentioned Fifteen Years of Waiting for Migratory Birds back in November of 2015 and here it is with a premiere date, some stills, and a cute trailer. I’m curious how they are gonna go melo on us…if I’m reading the right story. Lol. Everything seems fluffy and colorful from the promotional materials.

Synopsis Translated by Moi (tidbits here and there): Our hero and heroine meet each other when they are fourteen and she has a crush on him for the longest time. However, she does not confess due to her unattractive looks leading to her low self-esteem. And just like, days become months, and months become years. She stays beside him as his best friend for fifteen long years. During those years, various challenges scar them, rendering them feeling “uncleaned” and “unworthy” for each other. (He was arrested after a failed relationship while she has a violent step-brother.) He’s fearful of pursuing her, afraid of losing her if their romance doesn’t work out (valid worry for the youth, methinks). When he finally realizes he loves her, it’s too late because **spoiler: she’s diagnosed with a fatal disease**.

Our female lead, Sun Yi (The Legend of Mi Yue).

OTP. He’s always up in her face but it looks like she can hold her own.

One of the few rare cute moments.

Liu Mei Han (or Mikan Ryu). She gives me the same vibes as Eunjung’s character in the beginning of Dream High!

Awww they are sooo cute!

Another generation of F4? I’m pretty sure the two behind are just lackeys and not the supporting male leads. Lol.

These posters and the mini versions are adorable!

Directed by Ke Han Chen (Down With Love, Lets Watch Meteor) and written by Jin Guo Dong (Our Love, Boss & Me, My Sunshine), Fifteen Years of Waiting for Migratory Birds has 20 episodes and premieres on March 16th, 2016.