As I noted in my First Impression post about this series, it’s been a while since I’d found a drama I was interested in watching. But given how much of a fan I am of both Bai Lu and Lai Yi, I had to watch Jiu Liu Overlord (九流霸主). The series packs in a lot, with the first half being a clash of upper class versus lower class with some political intrigue and the second half a murder mystery and palace intrigue. With a mix of drama and comedy, this series kind of has a little of everything. 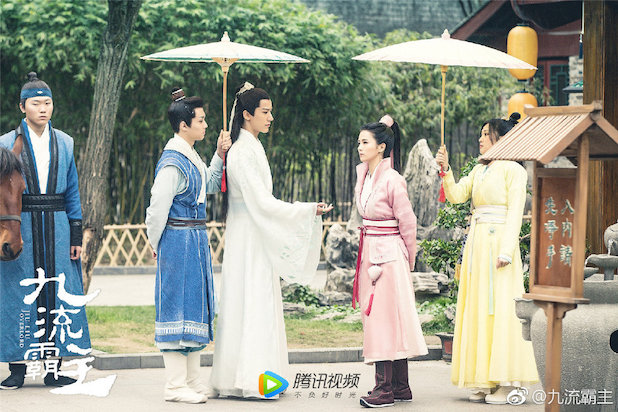 The drama starts in Silver City with the meet-not-so-cute of upper-class Li Qing Liu (Lai Yi), the handsome owner of a successful high-end clothing shop, and Long Ao Yi (Bai Lu), the newly anointed lower class leader of the Longzhu Gang. They immediately find themselves at odds with the Snake Gang, as well as some of the local officials, and end up working together to help their people. As the pair find themselves on the wrong end of several schemes, they gradually get closer together. 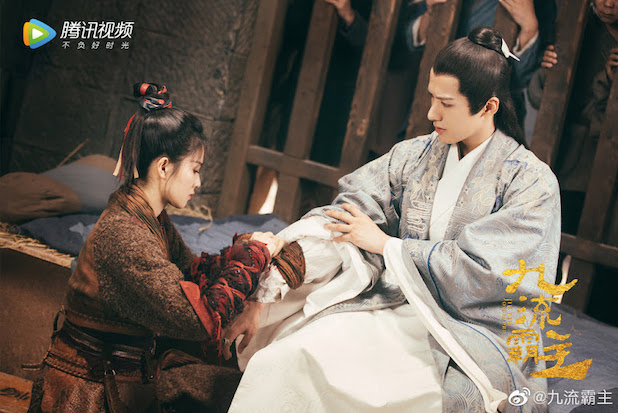 Of course, this does not make our second male and female leads very happy. Du Xiao Xian (Xu Mu Chan), the daughter of the corrupt commissioner, has been in love with Qing Liu for years. And Prince Zhao (Alan Feng) has fallen for Ao Yi at first sight. They each try whatever they can to keep the couple apart with little success. But when Qing Liu is revealed to be the Emperor’s missing Fourth Prince, while Ao Yi witnesses the murder of her master, they find themselves separated, seemingly for good. 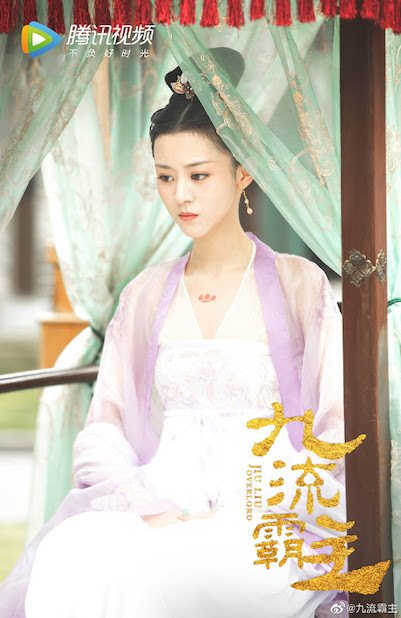 At the palace in Chang’an, Qing Liu, who previously was able to thwart the schemes of the city officials, now finds he is not able to navigate palace politics quite so easily. He also finds himself suddenly betrothed to Du Xiao Xian by order of the Emperor. Ao Yi, while looking for clues into the death of her master, finds that someone in the palace is behind the scheme. Whomever they are, they seem to be a few steps ahead and her life is quickly in danger. Ao Yi’s need to solve the mystery, plus the failed schemes of others, eventually reunite her with Qing Liu. But with the increasingly desperate Xiao Xian and Prince Zhao determined to keep the couple apart, even to point of plotting murder, as well as a larger plot to replace the Emperor and Crown Prince, it seems like only death or a miracle can give this couple a happy ending. 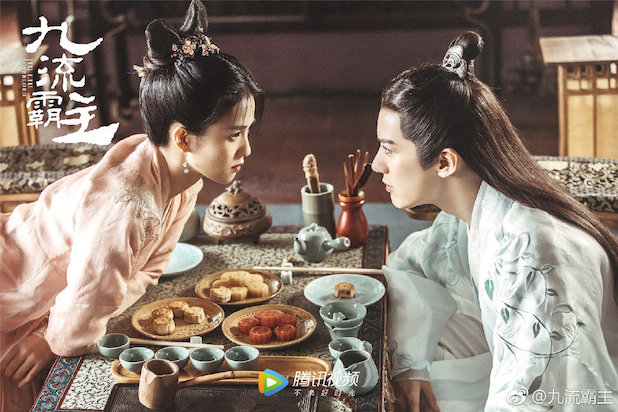 I really enjoyed the first half of the drama. It was really light-hearted and fun, even if it sometimes felt painfully slow with how long it was taking for the couple to realise they liked each other or even confess it. But then the second half got heavier. (It reminded me a bit of how Cinderella Chef went from a light comedy to a dark drama midway through the series.)

Given how little Ao Yi’s master was involved in the first half of the story, it was surprising that the second half was so much about avenging her death. The story became more about Ao Yi in the second half, and Qing Liu didn’t seem to have as active a role, except to help Ao Yi or be the reason she ends up going through so much.

Bai Lu was great as Ao Yi. It was easy to see why she was cast as her character is so passionate and driven. She ends up driving most of the show. I was hoping for a happy ending, just for the sake of all her character had gone through. 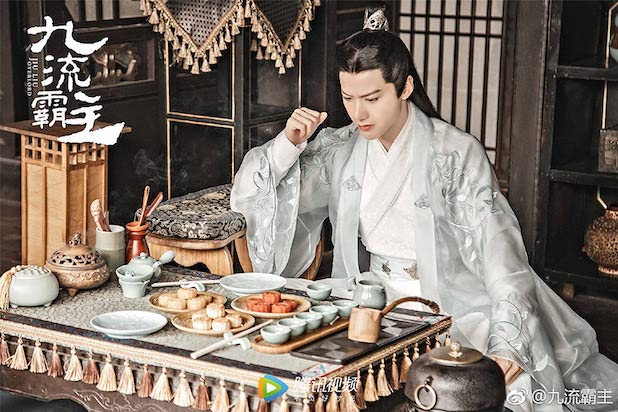 However, as a fan of Lai Yi, and after seeing him in much more passionate and engaging roles, I was surprised to see him so much more subdued in this one. There are a few scenes where he drops the stone face and we get a more emotive Qing Liu, but most of the time he remains stoic and cold. While his character Zong Yue, in Legend of Fu Yao, was also more reserved, you could still see the emotions running under the surface. But as Qing Liu, there didn’t seem to be much there (and it looks like Lai Yi agreed as well).

The first kiss was also disappointing. After having seen his kissing scene in Ugly Girl Hai Ru Hua, the one here was not quite as ardent. On the plus side, he does great in the fight scenes and those were fun to watch. I hope he gets a chance to be a lead again, but this time as someone less reserved. (After having just watched The Romance of Hua Rong, I think Lai Yi would do well as a pirate where he can combine his fighting skills and sly smiles.) 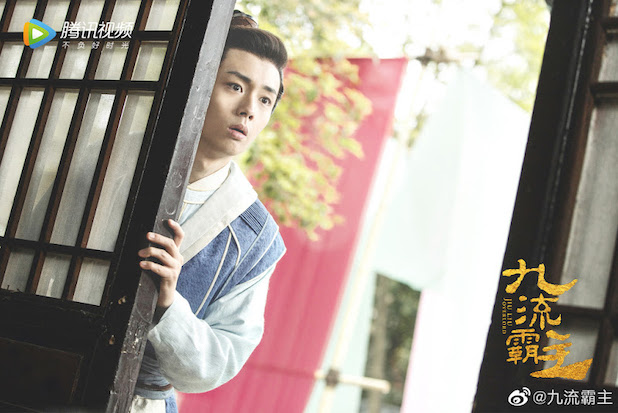 There is a cute secondary story between the lead’s servants, Yan Bin (Zhai Zi Lu) and Xiao Qin (Hou Pei Shan), but even their little romance felt so tied to the lead characters that it didn’t really stand out much on it’s own. 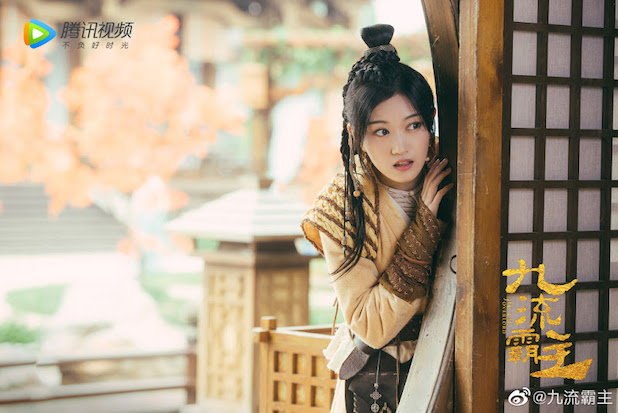 A nice surprise was the appearance of Zhong Qi (the scheming sister from The Eternal Love) as Princess Sheng Ping, an ally to the couple with a few surprises of her own. I wish she could have had a slightly larger role in the story, but I still really enjoyed her presence in the series.

Despite some issues I had with the drama, overall, it was a nice diversion, especially during the whole election drama going on in the real world. I do hope to see Lai Yi in a lead role again, but hopefully something not so restrained.