It’s been a while since there was a C-drama airing that piqued my interest. But I’ve been impatiently waiting for this particular drama to start airing and it was the best birthday present ever when it started last week. I became a fan of Bai Lu after I saw her in King Is Not Easy. And I think by now everyone knows I’ve had a bit of a crush on Lai Yi since his turn as the hotty doctor on Legend of Fuyao. So I was definitely eager to see him finally take the lead again in a drama. So far Jiu Liu Overlord has not disappointed. 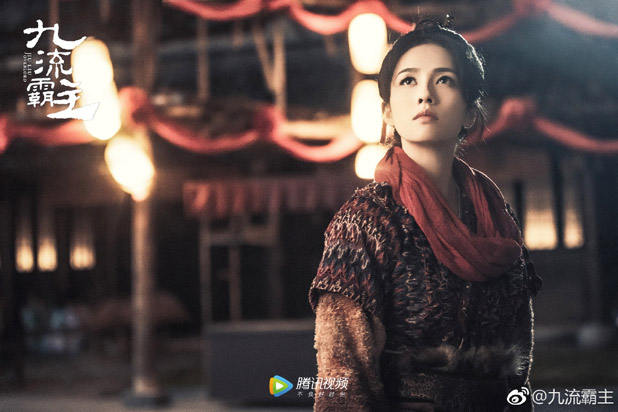 The drama revolves around an upper class business man, Li Qing Liu (Lai Yi), and the lower class leader of the Longzhu Gang, Long Ao Yi (Bai Lu); both residing on opposite ends of Silver City. Their paths cross when they end up hosting events at the same venue. Refined Li Qing Liu is unveiling the latest fashions made at his renowned silk shop, Xinsilu (aka New Silk Road), while a hungover Long Ao Yi must face off with the head of the rival Snake Gang to make a few wagers as the newest leader of her gang. 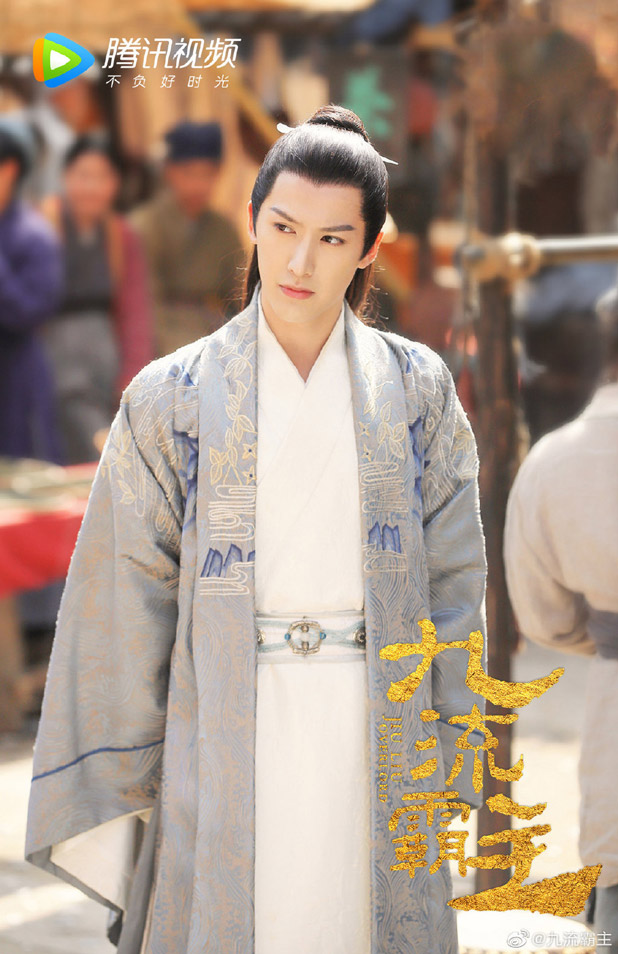 It’s loathe at first sight as Qing Liu and Ao Yi find their interests are at cross purposes, not to mention that Qing Liu for some reason gets really light-headed if he gets too close to a girl. Things get worse when Ao Yi’s gang is framed for the robbery of some gold thread meant for Xinsilu. But the pair end up working together as they find themselves the targets of the Snake Gang as well as some unscrupulous city officials working to line their own pockets. Not knowing who to trust, they find they need to become allies.

As they work together, reserved Qing Liu slowly finds he has feelings for the wild Ao Yi, but lacks the skills to impress a girl, especially when he’s competing against the very smooth Prince Zhao (Alen Fang, The Legend of White Snake), who has come to Silver City to secretly investigate the local officials. The Prince quickly falls for the pretty gang leader and is determined to win her over. However Ao Yi is more likely to see both men as business partners or brothers, but eventually she starts to see Qing Liu in a new light as they overcome various plots against them. 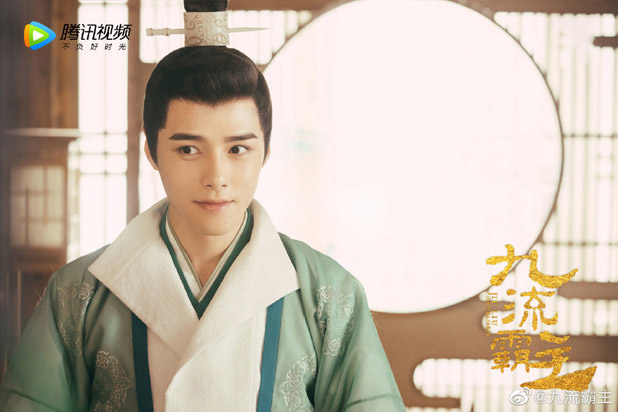 Du Xiao Xian (Xu Mu Chan, Let’s Shake It 2), the daughter of the scheming commissioner, is Qing Liu’s business partner, but longs to be more than that. She immediately recognizes Ao Yi as a threat and is desperate to do anything she can to separate them and prove that she is the better match for Qing Liu, even if her father would rather she married the Prince. 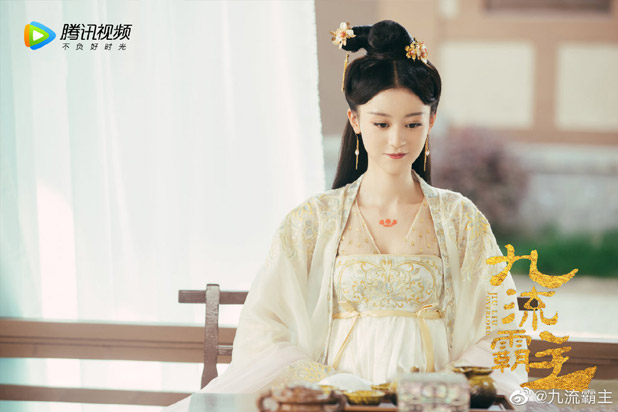 Luckily for the couple, there are others around them who are more supportive, mainly Yan Bin (Zhai Zi Lu, Lucky’s First Love), Qing Liu’s steward, and Xiao Qin (Hou Pei Shan, Rush Into Danger), Ao Yi’s friend. They realise the pair are fond of one another and help them out, though it may be less about helping our leads and more so the flirty pair can spend time with each other. 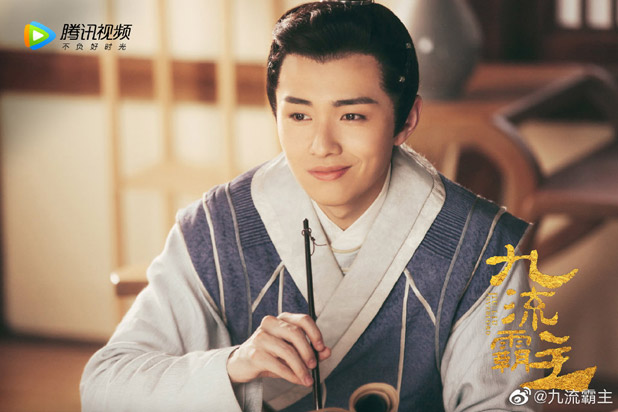 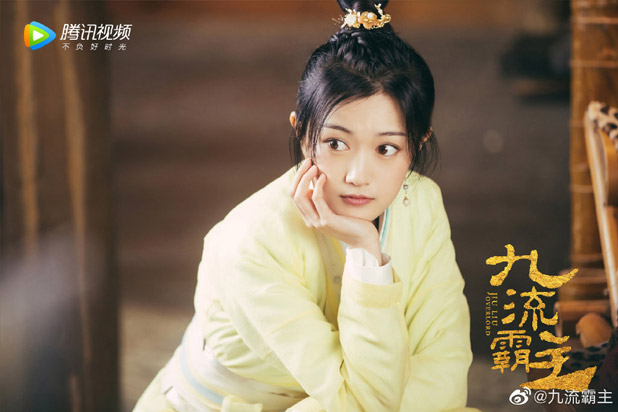 So far I’ve really been enjoying the story. There are a lot of hints that Qing Liu and Ao Yi’s childhood as orphans will become more important to the series as it goes on and I do love Qing Liu’s little smiles here and there as he grows more fond of Ao Yi. Oh, and this was nice as well:

Bai Lu is perfect as Long Ao Yi. She brings a lot of comedy to the role and her facial expressions as she deals with the frigid Qing Liu were so amusing. But she also balances that with her character’s tragic history and how much she loves and cares for the people around her and tries to take care of them. As carefree as Ao Yi seems at first, you quickly realise that in her heart she is carrying a heavy load. 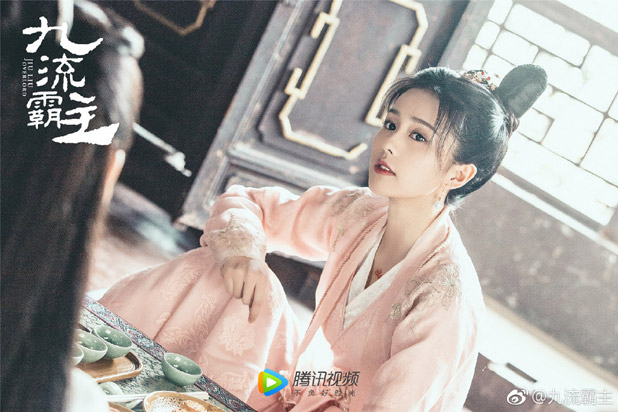 Lai Yi is great at being the cold, handsome lead, but he’s also got this smoldering smile that just melts your heart. I’m glad that, unlike in Fuyao, he’ll get a chance in this series to be more playful. This is his first lead since Ugly Girl Hai Ru Hua and his first lead in a costume drama. I feel like he’s been rather underrated as an actor, despite the variety of roles he’s had, so I’m hoping this series will help garner him some more attention.

I’m really interested to see what Xu Mu Chan does as the lovelorn Xiao Xian. She was so funny and energetic in Let’s Shake It 2 as Abu Cha Cha’s obsessed sister, and it was quite a change to see her here in a more subdued role. Based on the clips I’ve seen, though, it looks like she won’t be keeping her emotions in check for very long. Alen Fang’s prince is sweet, though we get a hint of a serious side. I’m interested to see if he also will turn more vindictive or if he’ll decide he’d rather let Ao Yi be happy, even if it’s not with him. 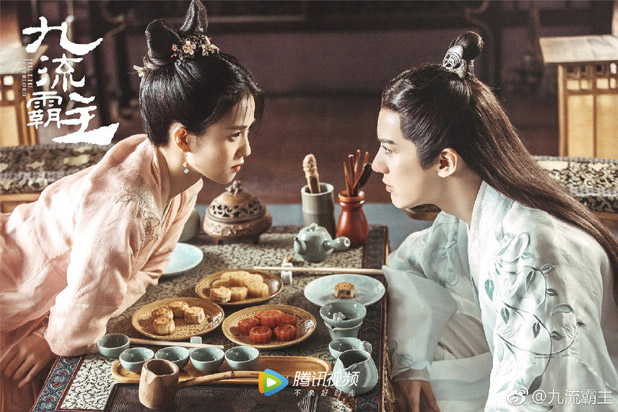 The story overall is really interesting. The mystery of who is plotting against the couple is not too difficult to figure out. But there’s obviously some additional mysteries about their pasts, and how they lost their parents, that I’m interested to learn more about. Mostly, though, I’m just hoping for a non-tragic ending to the story. (I swear to god if they kill off Qing Liu…)

You can see this series on the Tencent app (fka WeTV) or their YouTube Channel under the title “Overlord”. (They have ENG subs available right when the new episodes release.) Viki also has this series, though they are taking much longer to subtitle there if you are impatient. But if you decide to wait and binge later, and if subtitle quality is an issue for you, they’ll be a good choice as well. (I actually paid for the Tencent VIP account so I can get all the new episodes ASAP as I’ve been dying for a good Chinese drama this year.)

With just 36 episodes, I’m already halfway through the series and impatient to see the rest. I think this would be a good one to binge if you prefer not watching a week at a time. (Series is due to finish up on November 11th.) I think it’s definitely worth the time to check it out. Bai Lu is fantastic and I know she’s been getting a lot of series if you want to see her in more dramas. Hopefully it won’t take too long for Lai Yi to get another leading role as well. (Sadly  his next series, Ancient Love Poetry, puts him back in Supporting Role status.)