Ohh, I’m very easy and these pretty stills are luring me into yet another drama adaptation of Fei Wo Si Cun‘s novel! I like that even though I have seen these two actors before, the costumes and hairstyles make them look very different and in a good way.

Chen Xing Xu. He played Yang Kang in the new Legend of the Condor Heroes. 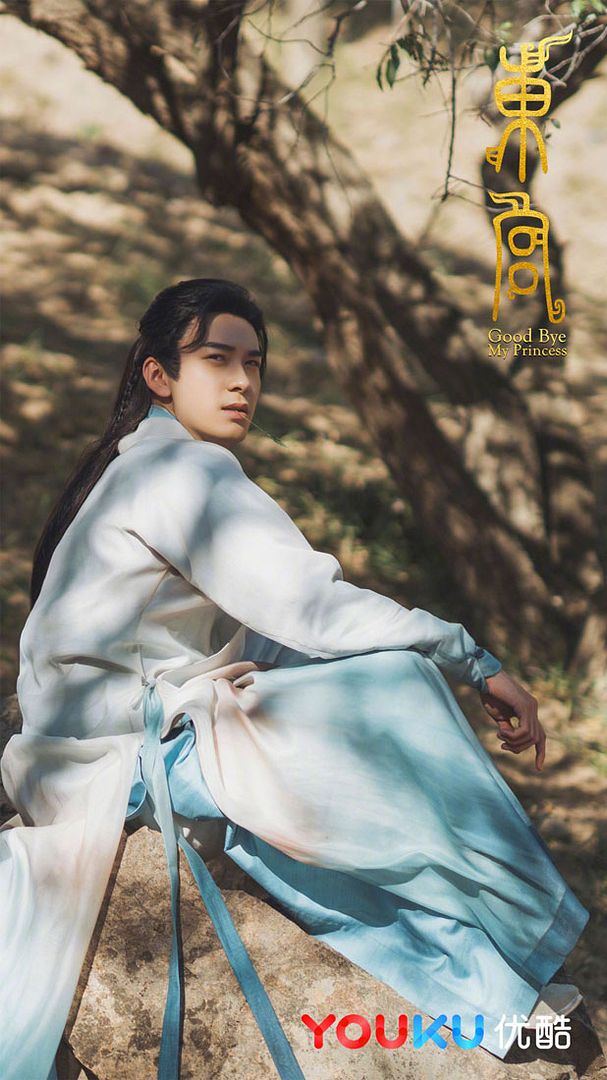 Peng Xiao Ru. She was in The Mystic Nine and currently in Fan Bing Bing’s Win The World. She’s FBB’s new baby chick. I’m in love with her dress and hair accessories.

Reposting from previous posts: From the reviews, the novel is a tragic romance, a political marriage with a sad ending between two royalties, princess and prince of two different countries. She’s a carefree, spirited, and pampered princess of Western Liang while he’s raised under the hatred of his mother’s murder (?), becoming an introverted Zhongyuan Prince of his own. They do have a brief sweet romance of their own when he comes to her under disguise three years ago and she falls for him hard, an innocent and sincere love she gives to him completely. She tells him she wants 100 fireflies before she would agree to marry him and what he does is set the whole night to be lit up by hundreds and perhaps thousands of fireflies.

Unfortunately, on their wedding day, he takes off his mask, and the boy she loves…dies that day. What’s left of him is a cold, calculating and cruel Prince, turning her whole world upside down, her father goes mad, her mother and grandfather die, forcing her to jump into a Forgetfulness river, ridding of her these cruel memories. But he also jumps into the river to save her!

And under a blank state of mind, she marries that cruel man in exchange for the peace of her countrymen; their lives never intersecting for 3 years. He has his own beloved concubine while she spends her days escaping outside the palace, helping the poor, catching thieves, sending lost kids home, etc.

When I say the ending is sad it’s because our male lead’s thirst for the throne scares the heroine as he’s willing to kill anyone who stands in his way. So much that the only way to escape him, is death. This sounds familiar… doesn’t it? A man goes cray-cray for the throne and eventually loses the lady he loves… *ahum* *ahum*