SO STINGY! STINGY! I waited a full day after Bai Yu teased on weibo about the trailer coming out soon….trailer my butt, it’s only 10 seconds long… Lol. Good thing I like you boy!! XD Anyway, Guardian is definitely one of the webdramas I’m looking forward to the most, starring two actors I really like – Zhu Yi Long and Bai Yu in a twisty bromance with fantasy elements and intertwined with the past and present.

The bros teasing me on weibo…. *glare!* 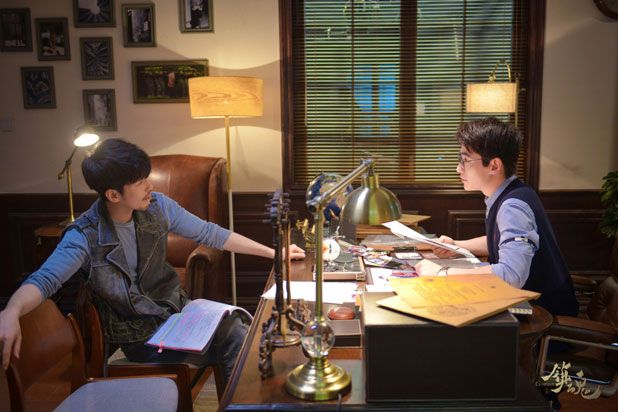 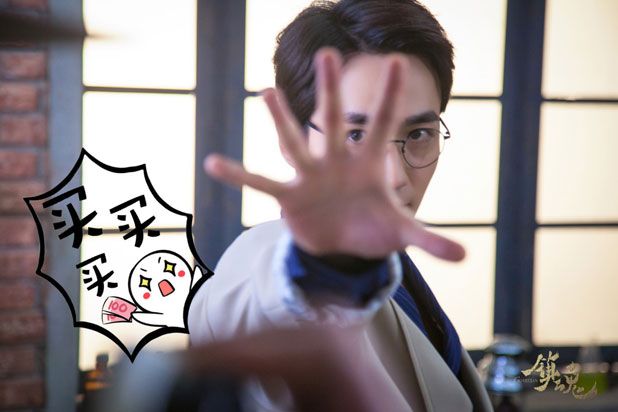 A little background that I gleaned last year: Zhen Hun (镇魂) is a webdrama adapted from the supernatural novel written by Priest following our two male leads. Zhao Yun Lan (Bai Yu) is a leader of the Special Investigation Department, in charge of cases done by non-human beings. His family is rich and the department is created by his father. Lol. Arrogant and a little shameless about his talents, he also fights well. He is responsible and lives like the quote, “an eye for an eye”, so don’t mess with him. His real identity was a god at the same time as Nüwa but for certain reasons, was reincarnated to become a human being, without his powers. The other male lead is Chen Wei (Zhu Yi Long), a University Professor, known for his pretty looks and pink cheeks when teased by the other male lead. His real identity is one of the two Demon Lords. He has a sword which can slice and obliterate ghosts. As they solve crimes together, more of their history will be unraveled. [Kappy@AVV]

Directed by Zhou Yuan Zhou (Chusen, Sparrow) and with Priest on board as the script writer, Guardian has 40 episodes.