Ah, Kim Hubby’s drama, You Who Came From the Stars, gets a Thai Adaptation, securing actor Nadech Kugimiya and Matt Peranee in the leading roles. Interesting, to me the original is totally owned by Jun Ji Hyun so it will be a challenge for another actress to top or come close to her perfect performance as the famous starlet who lives next door to our male lead, a 400-year old cynical alien with super powers. I don’t know much about Thai dramaland and a quick google tells me both of the Thai actors are under 30! So young despite their more mature faces. 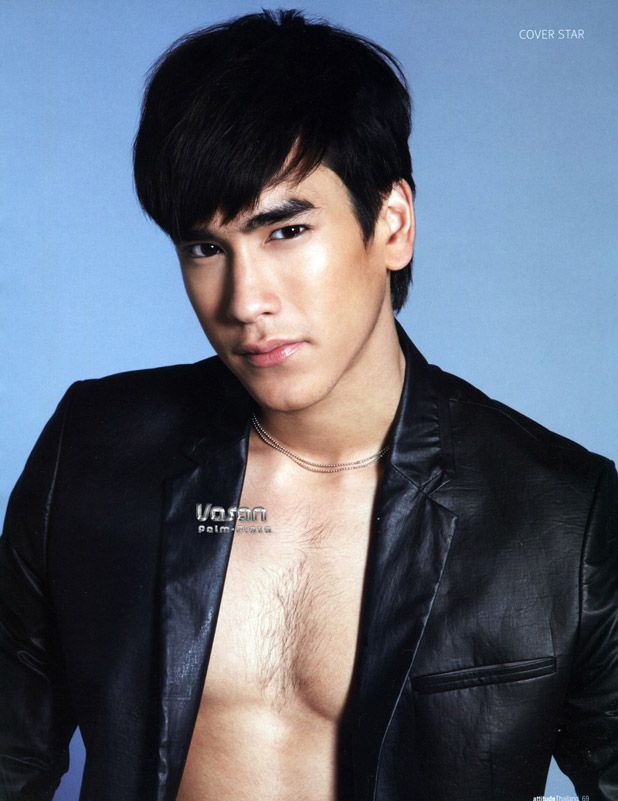 Matt Peranee. She looks fierce and somehow I think is a great fit for our fabulous starlet role.

Synopsis from Wiki: Do Min-joon (Kim Soo-hyun) is an alien that landed on Earth in the year 1609, during the Joseon Dynasty. As he tries to help a young girl, Yi-hwa, from falling off a cliff, he misses his trip back to his planet and is stranded on Earth for the next four centuries. He possesses a near-perfect appearance, enhanced physical abilities involving his vision, hearing, and speed, and a cynical, jaded view regarding human beings. As time goes by, Min-joon is forced to take on a new identity every ten years, as his human appearance never ages.

In the present, he works as a college professor. With only three months left before his long-awaited departure back to space, he meets Cheon Song-yi (Jun Ji-hyun), a famous Hallyu actress who suddenly becomes his next-door neighbour. Slowly, he finds himself entangled in Song-yi’s crazy and unpredictable situations, and finds out that she looks like the young girl he fell in love with in the Joseon era. Min-joon tries to keep himself away from Song-yi as he needs to leave the planet, but often finds himself failing to do so.

However, Song-yi gets entangled in the dangerous game of Lee Jae-kyung (Shin Sung-rok), the elder brother of Lee Hee-kyung (Park Hae-jin), who has been her friend since middle school and is in love with her. Yoo Se-mi (Yoo In-na) is Song-yi’s childhood best friend who has a crush on Hee-Kyung since middle school. Realizing her love is just one-sided, later Se-mi gives up her feeling on Hee-kyung and starts to focus on her career as an actress. As Jae-kyung tries to silence Song-yi, Min-joon finds himself saving her multiple times and eventually the neighbors fall for each other. But Jae-kyung turns out to be much more dangerous than Min-joon suspected as he hurt Se-mi’s older brother who is investigating on an actress murdered case that Jae-kyung is strongly involved and he also mysteriously starts to lose control on his super powers.