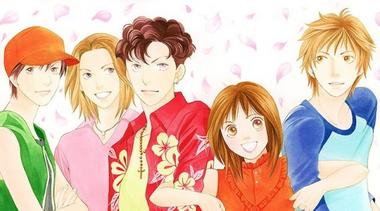 I can’t with these constant remakes. XD Filming will begin in May 2017 and run for 6 months with 48 episodes. No news yet on the casting. Dun! Dun! Dunnnn! For those who have no idea what this is about, it’s based on the Japanese shōjo manga, Hana Yori Dango (花より男子) written and illustrated by Yoko Kamio, following our poor heroine as she fights against the elite group of rich boys known as F4 at a privilege school. Complicated stuff that needs to be remade every few years, yunno.

Lolol. I’m such a troll.

Let’s go down Memory Lane with the Drama Adaptations All Over Asia (minus sequels):

There appears to be an Indian version as well in 2015 with 337 episodes called Kaisi Yeh Yaariaan with Niti Taylor and Parth Samthaan.

If you can’t see the posted survey, click here to start the ranking survey (with instant results). I will post the results directly here after 1 month.

1. Meteor Garden (2001, Taiwan): This will be my favorite version FOUREVER! I think it’s because Barbie did so well as Shan Cai that I rooted for her whole-heartedly. She wasn’t acting to look cute or cartoony. I felt like she was just a struggling weed and I adored her inner thoughts, it wasn’t over-the-top, but mundane and stayed logical. And when they said POOR, they meant it. She wasn’t sponsored by iPhones, expensive handbags, and glorious hair that stayed intact despite the storm.
2. Hana Yori Dango (2005, Japan): I loved Mao and Shun the most in here, and immune to Jun. Heh.
3. Meteor Shower (2010, China): I have to give it to this version for making changes and refreshing the plot by making the boys not friends at first. It was sweet and adorable.
4. Boys Over Flowers (2009, S. Korea): ♫♪♫ ALMOST PARADISE!! YOU’RE NEVER GONNA BE THEREEE!! ♫♪♫