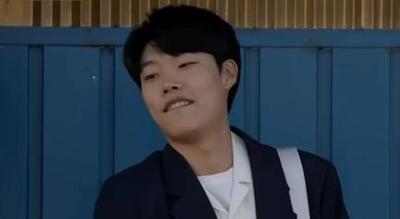 The last season, I only followed Oh My Venus and Answer Me 1988 in kdramaland, one filled me with crazy unreal physical chemistry, while the latter one moved me to tears again and again. But when you love hard, you fall just as hard.

These two. The Kim Family really broke my heart with their dynamics. Jung Hwan’s best and fatal flaw is the quiet way he supports and loves them and his friends unquestionably, putting everyone’s feelings above his own. He slays me in all ways possible…. 🙁

My last Answer Me series. This is the last time I’m giving my heart to the sadistic writer behind the Answer Me franchise. Did anyone get triple crown? I only watched a couple of episodes of 1994 and knew that Trash would win. Sadly, only two crowns in my collection. Heh. I loved and loved Answer Me 1988 a lot for the family aspect of the show. I cried so much tears for each and everyone in Ssang Mun Dong. Such a group of lovely and kind people – strongest point of the whole series. But when it comes to the love triangle, much are left to be desired. Jung Hwan is the slowest and most frustrating SLOWPOKE IN THE WORLD. I have a trophy made for him and all. Everything he does for Deok Sun is never shown to her. Hence, I can’t fault Deok Sun either for her ultimate choice because Taek is the most adorable puppy ever. And he shows that he loves her. I blame the writer for my suffering. She promised there won’t be a husband-hunting in the series! I trusted her but then she began her game of dropping clues and feeding bread crumbs from the beginning to the very end. VERY END. To prolong the mystery, you kept Deok Sun’s feelings a secret for freaking 18 episodes. That was too much and too late me to turn around. Not to mention the krappy ending Jung Hwan got in the end, no mention of anything, he and Dong Ryong deserve better! He basically didn’t share another scene with Deok Sun in the last two episodes, which I will never watch! Lol.

For that, I can understand the rage many felt and still feel. We were there, we were aware of all his little pained moments. He had the head start and filled our hearts completely with his doofus expressions and rough way of handling his blossoming crush. So of course it killed us when nothing came of those but relentless heartache. Misunderstandings came, stayed, and became moldy.