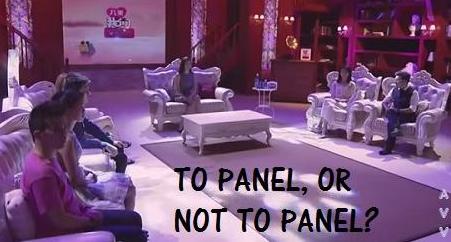 Keane here. You thought you saw the last of me in Chat Station Episode 5? Muahahaha~

Finally, We Are In Love returns to schedule, loaded with a sound stage catered for a discussion panel with a hostess, two professional relationship counselors, and a hand full of bachelors and bachelorettes ready for love. Are you ready? TO PANEL, OR NOT TO PANEL? Keepers or Not? Let’s find out.

We Are In Love Episode 7: