Unrelated to part one with Zhao Li Ying and William Chan, The Legend of Zu Season 2 is still headed by Nicky Wu, who also acts as one of the three producers. It’s led by a rookie cast with Yu Ting Er and Chen Zhe Yuan in the leading roles.

Synopsis Translated by dramapotatoe: Xu Ying Qi (Chen Zhe Yuan)’s tribe, the Huo Li tribe, have always been using their medical skills to save lives. But due to flaws in these skills that have been passed down from their ancestors, the tribe was misunderstood by people in the Jianghu. To avoid getting killed by people in the Jianghu, the tribesmen could only live in seclusion in a tiny village. Ying Qi’s sister, Xu Ying Nan (Yu Ting Er) has led all her live in this small village. She lost her memory since she was young and has no idea that she was actually adopted by her brother. On her 18th birthday, Ying Nan thought she met her great hero, the eldest disciple of Cang Hui, Bai Gu Yi (Nie Zi Hao). In pursuit of love, Ying Nan wanted to learn martial arts from Cang Hui, but she mistakenly went to Shu Shan instead. After countless obstacles, Ying Nan realised that the brother who has been silently protecting her all this while, wasn’t her real brother, but her dream hero, the one who rescued her when she was young, and the two got together. Ying Qi had to search for a precious gem of Jianghu, the blood crystal, in order to save his misunderstood tribesmen. On this journey, he realised that he was the one with the blood crystal. Ying Qi was badly injured by Bai Gu Yi, but Ying Nan took her chances and saved Ying Qi with the blood crystal. Bai Gu Yi tried to destroy the Huo Li tribe under the pretence of the righteous side, but eventually died in a final battle with Ying Qi. Ying Nan set off to roam the Jianghu alone with Ying Qi’s remains. [DO NOT TAKE OUT WITHOUT AVV PERMISSION!] 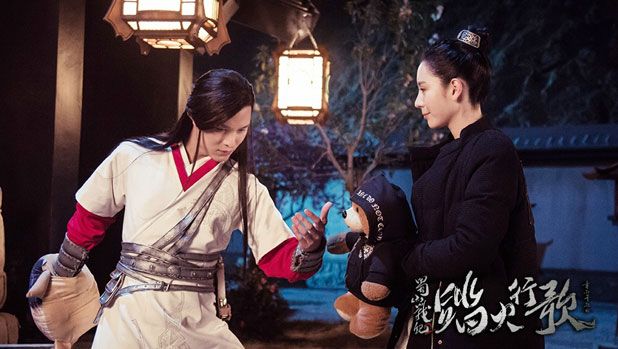 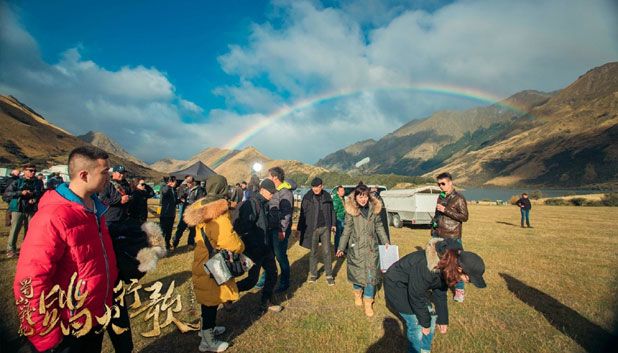 The Legend of Zu Season 2 premieres on January 30th.