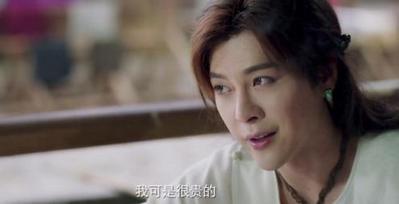 Samo is back and waiting for us in Chang’An! Samo is back on the stage with all his costumes and smoky eyes. He will definitely dance and solve cases for the bait of more money and more roasted chicken.

After a hiatus of almost two months, Youku has just released the 2nd season of Detective Samoyeds on its platform. The series greets its long-waiting audience with a case involving a woman who is suddenly reminded that her husband should have been dead long ago. In the city of Chang’an, there have been too many deaths among the public servants and their families already. The audience has been wondering if the plot maybe has gone too far. But let’s remember at the end of the 1st season, the Grand Master of Jianan aims to revive the dissolved kingdom in an attempt of vengeance against the Empire of Tang.

In the new season, the team centering around Samo Duoluo (Xu Hai Qiao) grows closer. With mommy Siniang (Zhang Xin Yuan) to tame him and daddy Li Zhi (Li He) to pat him, Samo has officially landed on the menu of Fanshe and would jump the roof if not tempered. While Samo, Shuangye (Cheng Xiao Meng) and Zisu (Ju Jing Yi) continue taking turns to utilize and make fun of each other, Samo and Sanpao (Liu Guan Lin) have formed a new alliance to work behind Li Zhi’s back, especially when he is restrained by authority. Even though to whom the new alliance is the most beneficial is still unknown, or is it?

Having passed the 5 billion view mark and with another 24 homicidal cases on its way, Detective Samoyeds has promised to be even more intense and even more fun!

In order to promote the series oversea, the Xu Haiqiao Subteam will provide English subtitle files for the non-Chinese-speaking audience. Please visit the Facebook Page and the youtube channel of Xu Haiqiao Subteam for more details.