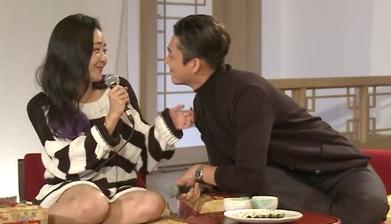 I haven’t talked at all about kdramas in these past few months and there are quite a few dramas I’m interested in the fall! Yoo Hubby is filming left and right to make sure that fans will see him every so often onscreen during his 2-year army enlistment. After he comes back, my baby boo Kim Soo Hyun will be next. Fair enough…

——> ♦ Remember the time when I talked about the potential explosion that will happen if Yoo Ah In pairs up with my girlcrush, Moon Geun Young? Well, that became true last year when both were confirmed for the movie about Prince Sado, The Throne, and his tragic death – locked up in a rice box by his very own father, King Yeong Jo of Joseon. Yes, this is the Nth adaptation of the same story. Yoo Ah In will play the titular role of Crown Prince Sado while Miss Moon Geun Young will play his wife, Lady Hye Gyeong. Ah! They need a drama after this. PULEASE! Check out the stills and riveting trailers below. The movie will come out on September 16th!

——> ♦ Yoo Hubby’s second project that I’m interested in is SBS drama, Six Flying Dragons, where he wears a beautiful mane of glory for a saguek. He’s playing Yi Bang Won, the future King Tae Jong of Joseon. The only thing that got eyebrows quirking is his female lead being…. Shin Se Kyung. *breathe* They worked together previously in Disaster Fashion Beggar. It wasn’t a work I’d recommend to anyone. It’s been years so I will wait and judge her fairly. *fingers crossed*

I still like his hair in Sungkyunkwan Scandal because it’s more manly. This straight hair is just too pretty!

Shin Se Kyung. Can someone please give her a role where she dresses nice and is rich?

Byun Yo Han looking mighty sexy as the bodyguard to Yoo’s enemy. He romanced Song Ji Hyo in Ex-Girlfriend Club just a few months ago.