Summer begins with a batch of new kids. =)

Meet the fathers and their kids! 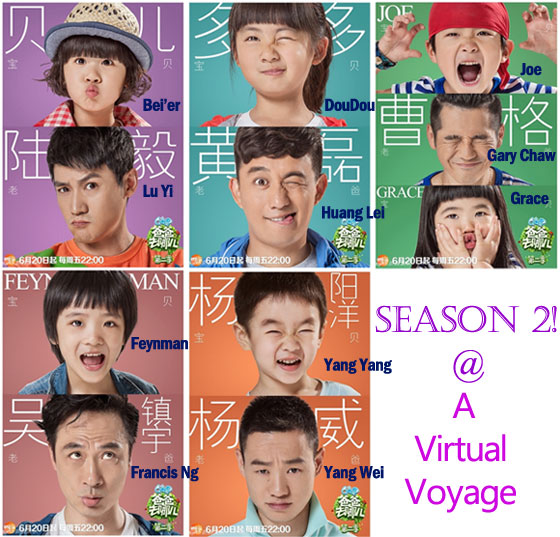 NOTE: In order to keep the filesize below 1GB for folks with slow internet speed, I have decided to use 450p resolution. Keep in mind, it’s a variety show, close to two hours long. This is the first time I’m releasing my encode to the public. 😉

Kappy: The kids are really young, why China? But I do love them already. Right off the bat, they have shown to be very kind and supportive of each other. As the oldest, Christian (or Dou Dou) is a big sister to all her siblings. Bei’er is a sweet heart (prettiest girl, ain’t she?), she cracks me up by standing on the sideline and covering her eyes while the dads fiercely fought for the soccer ball. How many balls does Gary Chaw have? He brought TWINS – Joe & Grace, along with him?!! Grace is a mixed between last year’s Angela and Kimi. Yang Yang is gonna be the crazy, explosive one. See this? LOL. The strictness in Francis Ng‘s parenting style…. Poor Feynman, but you see the boy has a strong, fighting spirit, getting up repeatedly no matter how many times he was pushed down. They need to pair Francis with prankster Lu Yi in order to deflate some of those tension in him!