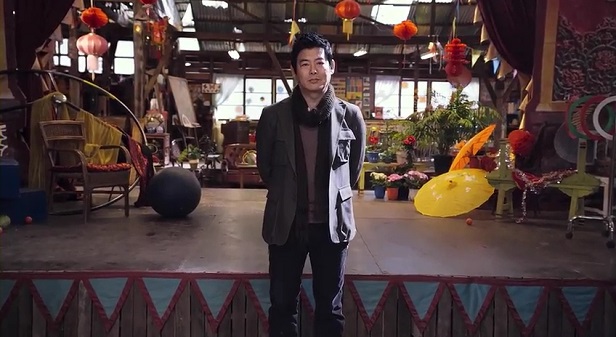 Plot: Young circus ringmaster Wei Wei (played by Xu Jiao) has only bat-swinging gorilla Ling Ling to depend on as her only family member and friend, when her grandfather dies in the Great Sichuan Earthquake, leaving behind an insurmountable debt. When a loan shark threatens to sell Ling Ling and the circus kids to cover the debt, Wei Wei has no choice but to allow Ling Ling to be scouted in the Korean Baseball League by the materialistic sports agent Sung (played by Sung Dong Il). Ling Ling, now dubbed “Mr. Go,” becomes an instant hit with fans and leads his team Doosan Bears to a miraculous winning streak.

Keane: A Chinese-Korean film collaboration. Nice. This ISN’T the 3D version, and frankly, you won’t miss much. The CGI was above expectations yet wasn’t perfect in my humble opinion. I could easily spot the flaws, especially scenes in the apartment and on the baseball field.

It’s a heartfelt tale which… c’mon, reminds me of the US film Mighty Joe Young and I’m not saying this because I personally knew one of the cinematographers. Yes, it’s not the exact replica however the subjective outlines are similar and familiar at that.

Why did I pick this movie? My Appa, Odiga/Reply Me 94-97 bias why of course, Song Dong Il-ssi. This is like his grander triple plays in baseball themed roles, not as head coach this time around but as a sports agent, uhmmm like Jerry Maguire(?), no… not… exactly… he’s more like a crustacean who’s a big softy inside once you crack his shell (or guard). Appa is banking in!

A few of you might ask, what Keane… Joe Odagiri and Kim Kang Woo can’t fan your flames of lust?? Here I say, meh not really, but they were pretty entertaining to watch in this movie.  Kim Hee Won, who played the loan shark, was more interesting to me. He should be a B-list actor, if he ain’t one already then I predict he’ll be someday. 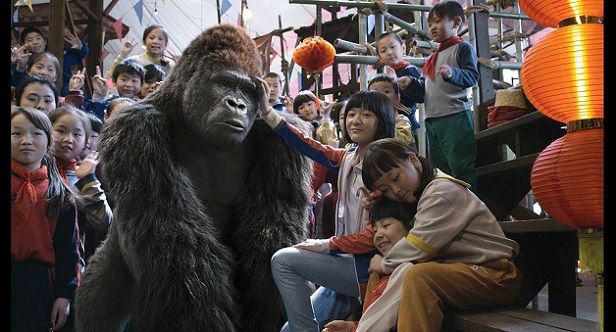 One BIG plus, among pint-size packages in this movie, were the kids involved as orphans in the circus. Uber cute! They urge me to kick start my maternal clock early and fill an Olympic pool bubble bath for them. FUN. I really wished those kids had more screen time. Darlings, they are! Frankly, the only character I hardly cared for was the leading young ringmaster. So lastly, the lead young Chinese starlet, Xu Jiao, is this hotshot 2008 Hong Kong film award winner, a prestige title which helped her catapult close to big names or the least big productions thanks to Steven Chow (Sing Chi). Frankly, I thought her acting was so-so compared to young stars in Home Alone, The Sixth Sense, August Rush, or Harry Potter.  She couldn’t captivate me as the starlet she’s known for. She was just a fresh face among a list of familiar actors. What’s all the fuss, really?? I suppose the star-studded red carpet premiere in S.Korea swept in movie enthusiasts like me one way or another. Hence to wrap up, I didn’t get teary-eyed like the movie wanted me to feel however I like the movie enough for the passion in the sport and recommend to y’all. Darn good movie if the silverback gorilla was fully done in CGI. No animatronics? Wow! 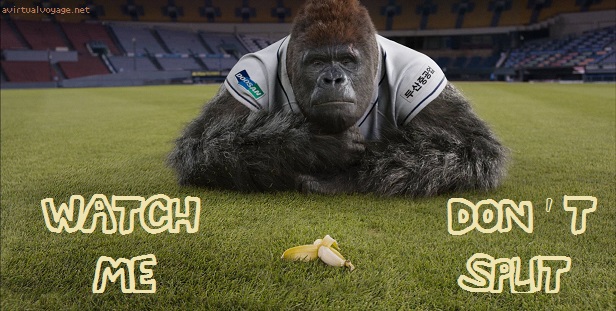 I’ll go bananas for your comments below.