“Rakshasa Street” 《镇魂街》 is based on a manhua series by Xu Chen and produced by the same team who also did the short anime version of this same title, but the live action version of the story is a slightly different take, so if you’ve read the manga or watched the anime series, you can still expect something different from the show. I’ve watched the series without English captions on Youku, but now that it’s been licensed on Viki.com, I wanted to do a review as this has been one of my favorite dramas this year.

END_OF_DOCUMENT_TOKEN_TO_BE_REPLACED

News throughout the week! =D

And nooooooo Princess Agents 2 is all a rumor as of this point.

END_OF_DOCUMENT_TOKEN_TO_BE_REPLACED

Manhua series Rakshasa Street (超级网剧镇魂街) written and illustrated by Xu Chen gets a drama adaptation starring Jiro Wang (Looking for Aurora) and An Yue Xi (Tornado Girl 2). Release date has been announced to be August 2nd with 24 episodes. If you’ve been reading news about this project, you know I (and a few others) have watched the anime! The effects aren’t shabby at all. While Jiro is not my “older” brother material, I’m gonna be hopeful! Please develop the female character because her story doesn’t get anywhere. Lol.

END_OF_DOCUMENT_TOKEN_TO_BE_REPLACED

You are either gonna have productions that release stills every 3 days or ones that don’t release a sniff of anything! This webdrama is unfortunately the latter. Drama adaptation of manhua Rakshasa Street stars Jiro Wang (Looking for Aurora) and An Yue Xi (Tornado Girl 2) in a supernatural modern world where there’s hell and heaven, and the in-between dimension.

Beside two new posters + first trailer, we have nothing else. Lol.

END_OF_DOCUMENT_TOKEN_TO_BE_REPLACED

If they keep the soundtrack from the anime, I think this webdrama will be all set! It’s so good to jam to. Rakshasa Street (镇魂街) is the drama adaptation of a manhua starring Jiro Wang (Looking for Aurora) and An Yue Xi (Tornado Girl 2) as the leads in a supernatural modern world where there’s hell and heaven, and the in-between dimension. What is causing me to side eye this production is the lack of a child actor to play Jiro’s adorable, beyond-his-age, brother! WHERE!? I saw the stills of the brothers when they were younger but nothing when Jiro is playing the adult role. Please don’t remove that aspect. I love the brotherhood!

END_OF_DOCUMENT_TOKEN_TO_BE_REPLACED 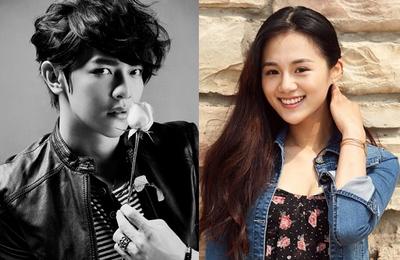 Manhua series Rakshasa Street (超级网剧镇魂街) written and illustrated by Xu Chen gets a drama adaptation starring Jiro Wang (Looking for Aurora) and An Yue Xi (Tornado Girl 2). I initially wanted to check out 5 episodes of the anime but ended up binging all 20 episodes. They are pretty short, around 14 minutes each episode. And my gawddddd, the feels in this anime is no joke! Romance is little to none but it’s the story and love between the brothers that got my heart wrung out for them. Our heroine, Xia Ling, is a fresh graduate out of college and looking for jobs. When she receives a text message for an interview late at night at a street called Rakshasa, she rushes out, and belatedly realizes how weird it is for a company to interview so late (she’s desperate for a job). It’s too late now and she has crossed into a transitional dimension, the bridge between the human ream and hell, where spirits are kept until they are sanctioned. There are many streets like this and each street has a guardian general, guarding the place. At Rakshasa Street, it’s the turf of two brothers – Cao Yan Bing (older) and Cao Xuan Liang, presumably are descendants of Cao Cao.

The bond between the brothers remind me so much of my favorite anime – Fullmetal Alchemist: Brotherhood. The story has potentials.