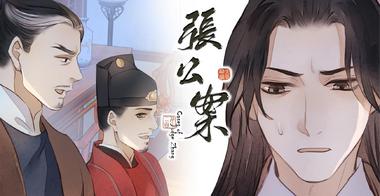 A League of Nobleman is adapted from the BL novel, The Society of Four Leaves (张公案), written by Da Feng Gua Guo, starring Boran Jing and Song Wei Long. It is an ancient detective novel, many calling it similar to Sherlock. One of our leads is Zhang Ping (Song Wei Long), a poor scholar who becomes a successful candidate in the imperial examination and later designated as a country magistrate. Due to his sharp observational skills, he solves many murder cases and eventually appoints a prime minister. During his journey to the capital to take the imperial exam, he meets our other male lead, an elegant Minister of Rites (Boran Jing) and saves his life. From then on, two people with different backgrounds join hands and go through many life-and-death situations together.

I dig these two!!