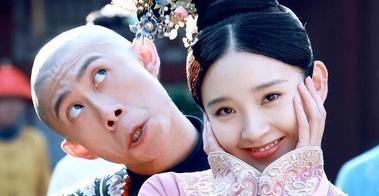 Some of these dramas I don’t even remember being filmed! Lol! Another batch or individual posts to come soon ~

=======> ♦ The Duke of Mount Deer (鹿鼎记) with Zhang Yi Shan and Tina Tang, adapted from most males’ beloved Louis Cha’s novel, following an uneducated young male with the best of luck because as he climbs the social ladder, he befriends Emperor Kangxi and charms seven different women to fall for him. XD Zhang Yi Shan is earning a lot of criticisms for his portrayal on weibo. I can’t say much since this is not my type of novel/drama. Began airing on 11/15!

One of the songs in the OST. Sounds nice.

=======> ♦ My Supernatural Power (我有特殊沟通技巧) with Fan Shi Qi, Luo Yu Tong, and Wei Zhe Ming to air 11/18. He’s a talented detective and she’s recruited to his team due to her photographic memory but he later discovers she might have a connection to his father’s death years ago.

=======> ♦ The Impossible 3 (非凡三侠) with Julian Cheung, Bosco Wong, and Chrissie Chau to air 11/19. Ohh a collaboration between youku and shaw brothers with HK actors! Julian is still so freakin handsome. Do I also see Vincent Wong, Sammy Sum, and Moses Chan?