Yay! Li Ying is back to dramaland again, and this time working with Empresses In the Palace‘s director Zheng Xiao Long in the drama adaption of Zhang Yi Mou’s The Story of Qiu Ju, which was also based on Chen Yuan Bin’s novella. The drama version will be called The Story of Xing Fu (幸福到万家). I like how this is a full circle for Li Ying as she made her acting debut in Golden Marriage also directed by Zheng Xiao Long back in 2007. The writer is Zhao Dong Ling who also wrote Wang Kai’s Hunting recently. 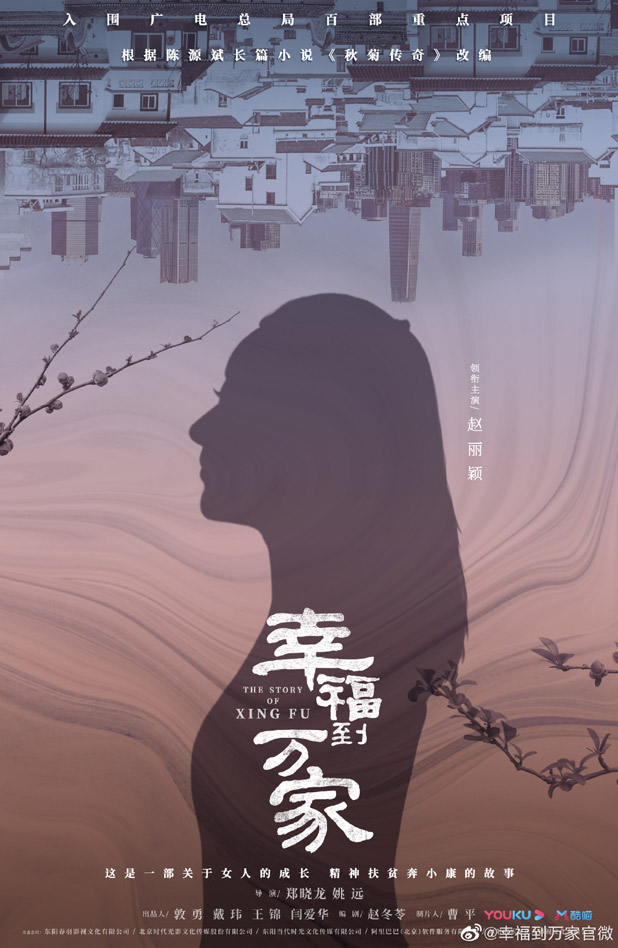 What’s The Story About?

Qiu Ju is a peasant who lives in a small farming enclave with her husband Qinglai. She is in the final trimester of her pregnancy. One day while her husband is conversing to Wang Shantang, the head of the community, a miscommunication ensues. The leader feels insulted and beats Qinglai, kicking him so severely in the groin that he must see a doctor and be absent from work.

Qiu Ju goes to the local police office and complains. The policeman makes the village chief pay 200 yuan to Qinglai. When Qiu Ju goes to the headman, he insultingly throws the 200 yuan notes onto the ground and refuses to apologize. Qiu Ju then goes to the provincial capital accompanied by her husbands’ younger sister, Meizi. By luck the two women find lodging at a cheap hotel. The two women meet the district police chief and he promises them that their case will be reviewed.

The new verdict from the district police is that this time the village headman must pay 250 yuan. He still refuses to apologize and so Qiu Ju goes back to the big city and finds a lawyer who takes the case and files suit under a new law.

The case is judged by the court as having been correctly resolved by the district, and so the fine remains at 250 yuan. Qiu Ju is unhappy but all she can do is make yet another appeal to an even higher level of police investigation. As part of the suit, officials come to the village and Qiu Ju’s husband is X-rayed at the local hospital.

It’s now the middle of winter, and Qiu Ju goes into labor. When sought for help, the headman, together with a group of local men, carries Qiu Ju to the hospital, where she gives birth safely to a healthy baby boy.

A month later the whole village is invited to the “one-month party” for the baby. Qiu Ju and her husband invite the village chief too for his help in saving Qiu Ju’s life. However, he doesn’t come, and the new parents are worried that he has not accepted their attempt at burying the hatchet. This is proven to not be the case, as the local policeman shows up to tell Qiu Ju that the X-rays has revealed that her husband suffered a broken rib. As a result, the village chief has been arrested, and been sent to jail on a fifteen-day-term.

Qiu Ju tries to stop the police from taking the headman away but never even sees them, and the movie ends with Qiu Ju looking anguished.