Xing Fei is a busy girl, jumping from one drama to another. Her last drama to air was Forget You Remember Love, a remake of popular Taiwanese drama Princes Turns to Frog wrapped up filming last month. Did anyone happen to catch it? I love the original too much to want to watch the new one. Lol. That is my 14-year old self talking to you guys, who also holds the ring of true love in her fan collection. xD *embarrassed*

=======> ♦ In modern drama My Little Happiness (网剧我的小确幸), she stars alongside tall actor Tang Xiao Tian. It is adapted from the novel written by Dong Ben Xi Gu. The story follows our legal intern (female lead) and a talented doctor (male lead) who reunited as adults with him being her landlord and neighbor. They clash and click until flowers bloom in their hearts.

He looks so much taller than her in the stills. Then his English name is Daddi…LOL. 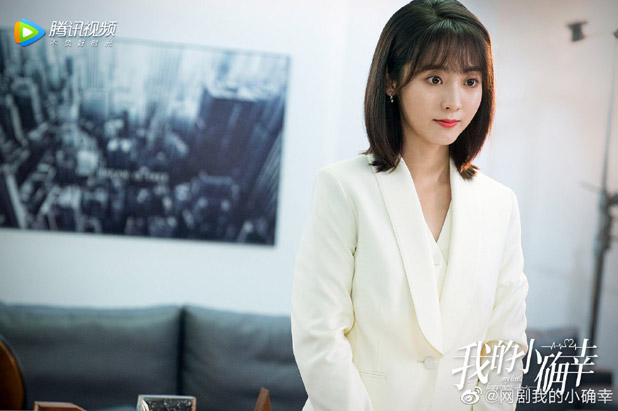 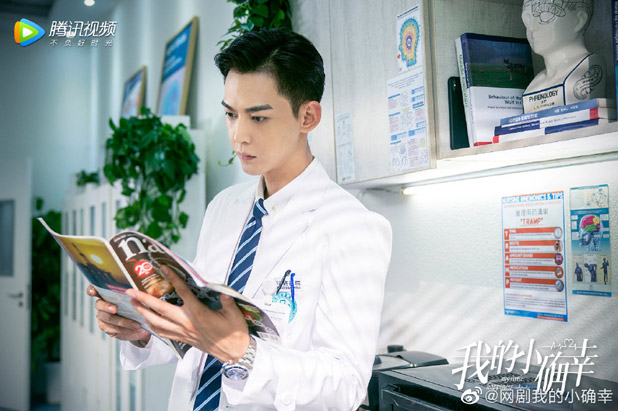 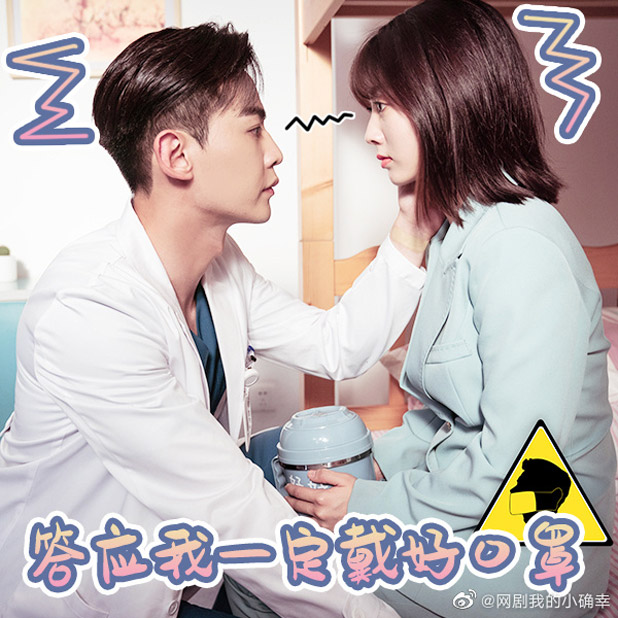 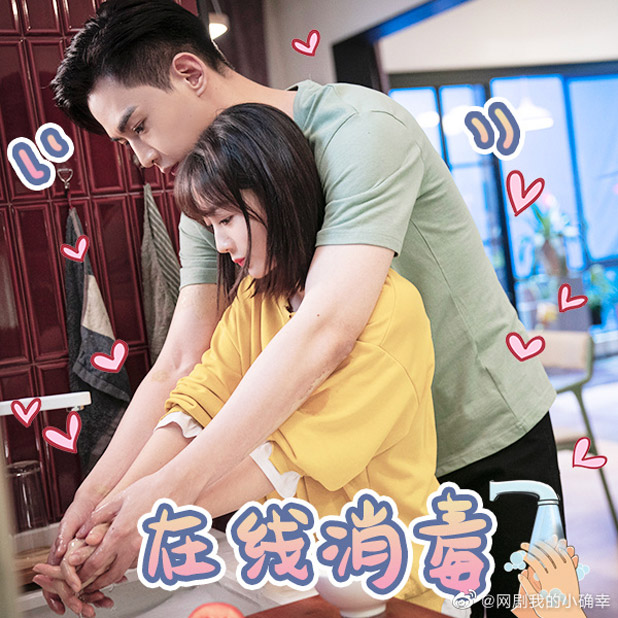 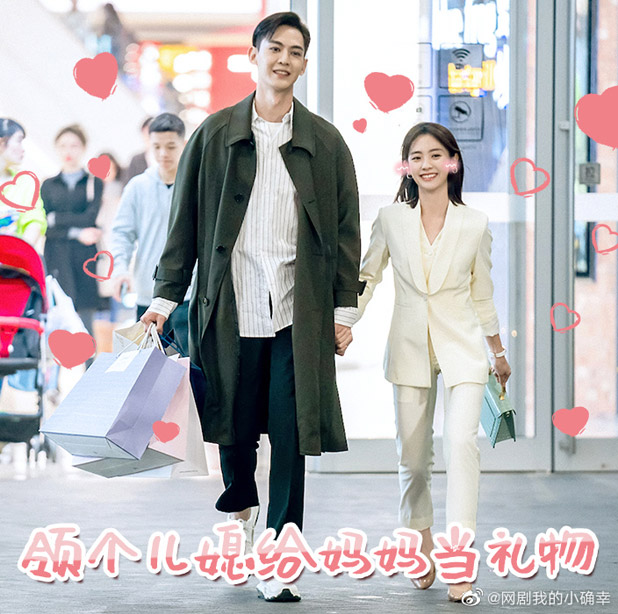 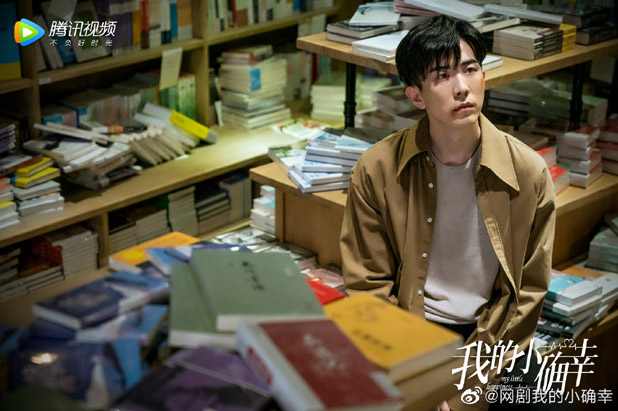 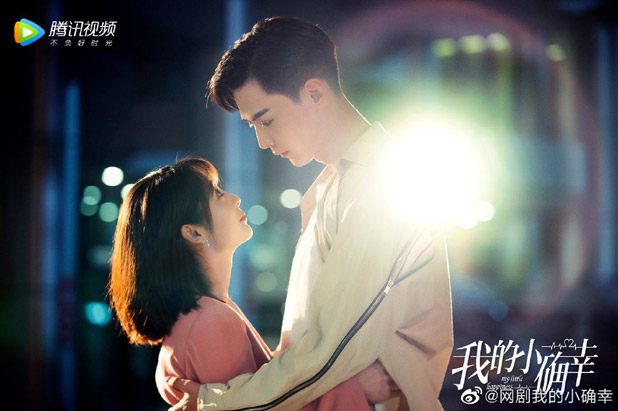 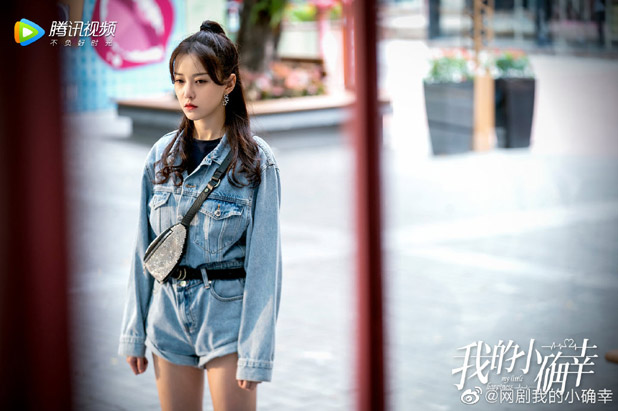 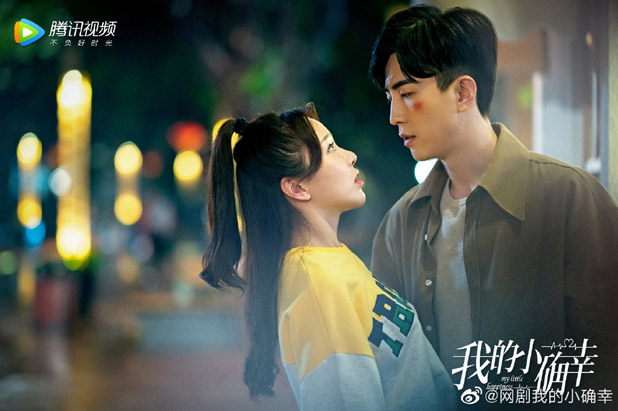 =======> ♦ In wuxia drama The Moon Brightens For You (明月曾照江东寒), she’s paired up with Alan Yu Meng Long. It’s adapted from the novel written by Ding Mo. I haven’t seen that name in a while. Lol. It follows the growth of our female lead who leaves the protective arms of her parents to join jianghu and the male lead who is on a revenge mission for his clan, but he hides his motives behind a pretty and sickly appearance of a playboy. LOL. Dan loves this type in her drama! 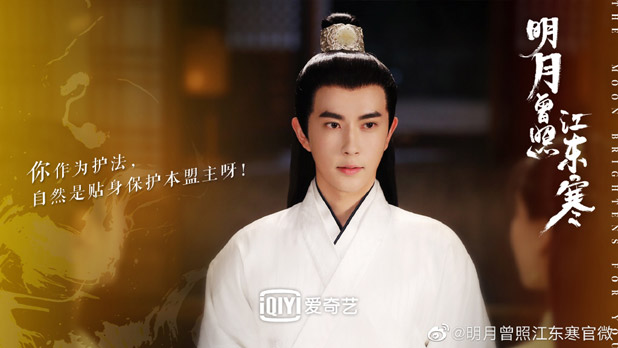 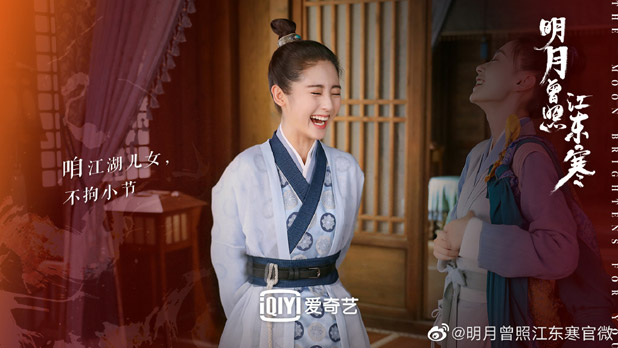 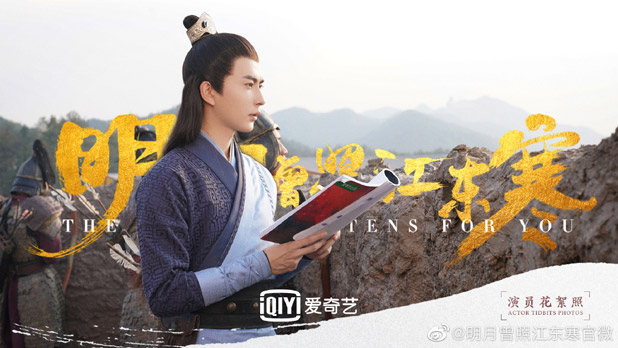 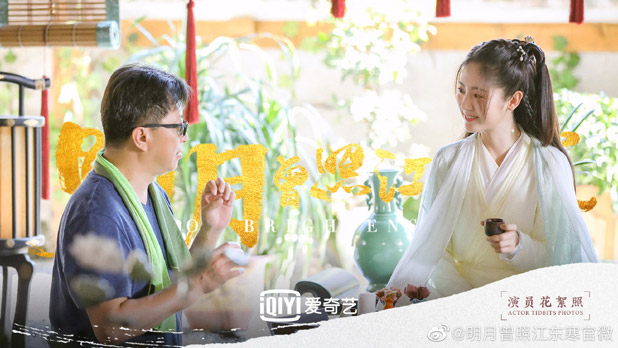 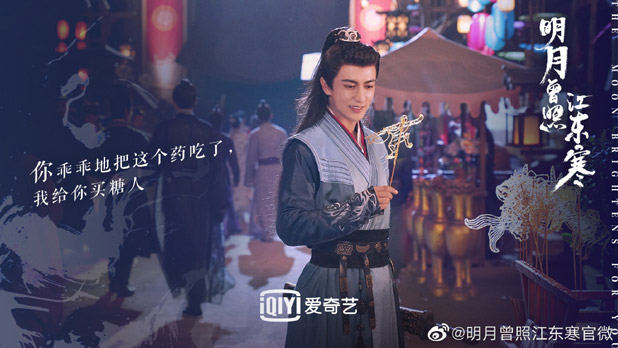 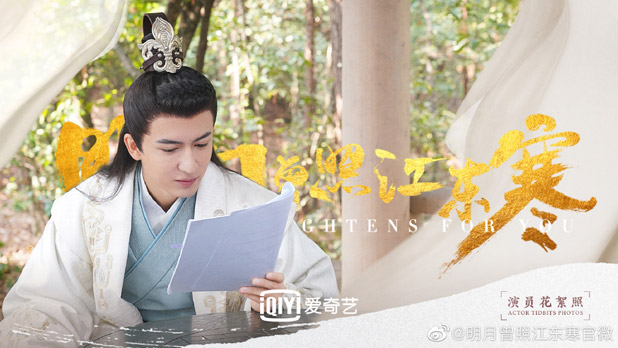 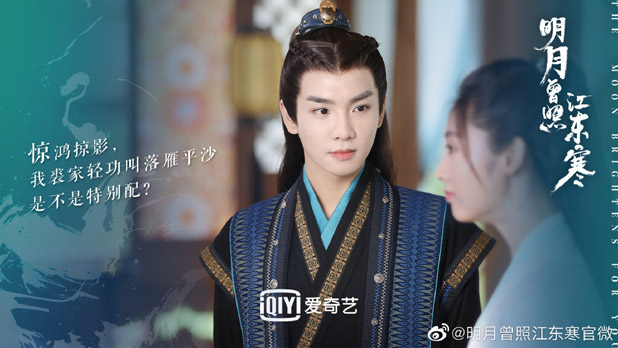 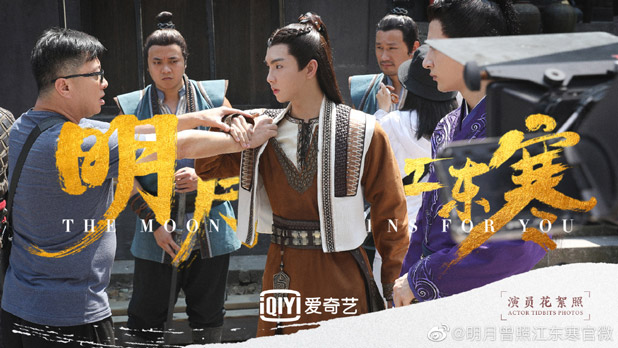 =======> ♦ And modern drama Miss Crow with Mr. Lizard (乌鸦小姐与蜥蜴先生) with Ren Jia Lun is her latest currently filming series. Our male lead is a stern and strict architectural designer who was once ruled by passion and activity. However, a car accident leads him to undergone a heart transplant and with this new heart, he has to control his emotions, never letting it experience the highs of life. Ten years later, he opens an architecture company with a friend and happens to meet the flaming torch in our female lead. Despite her unfortunate past, our heroine is optimistic and hopeful, and rekindles his passion for life again. However, secrets of the past car accident come back to haunt both of them, ready to shatter their future together. 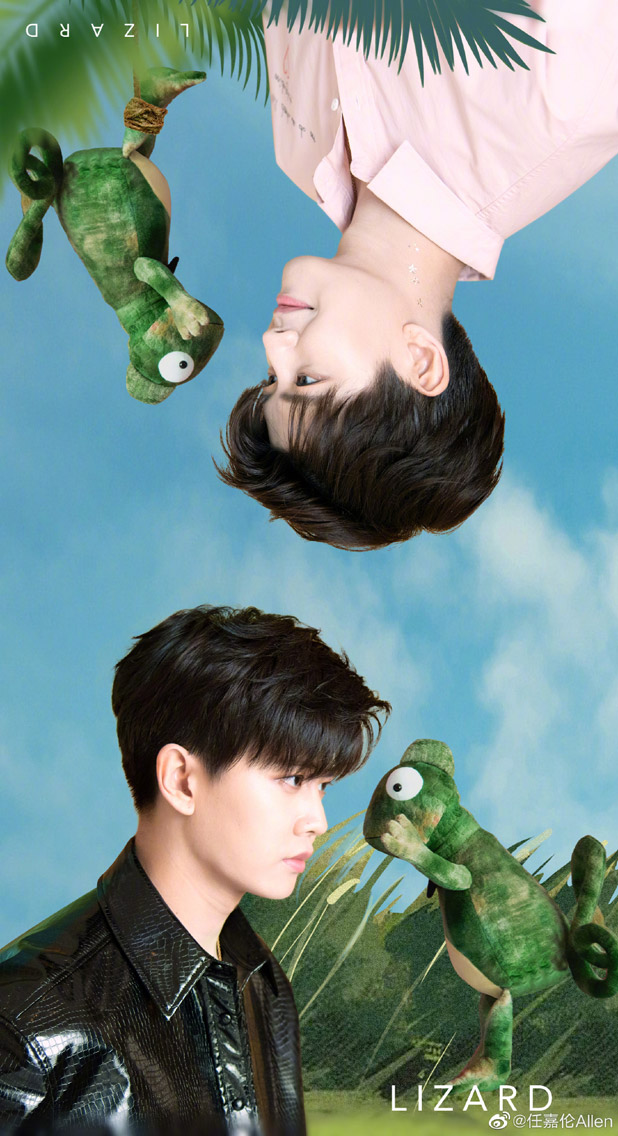 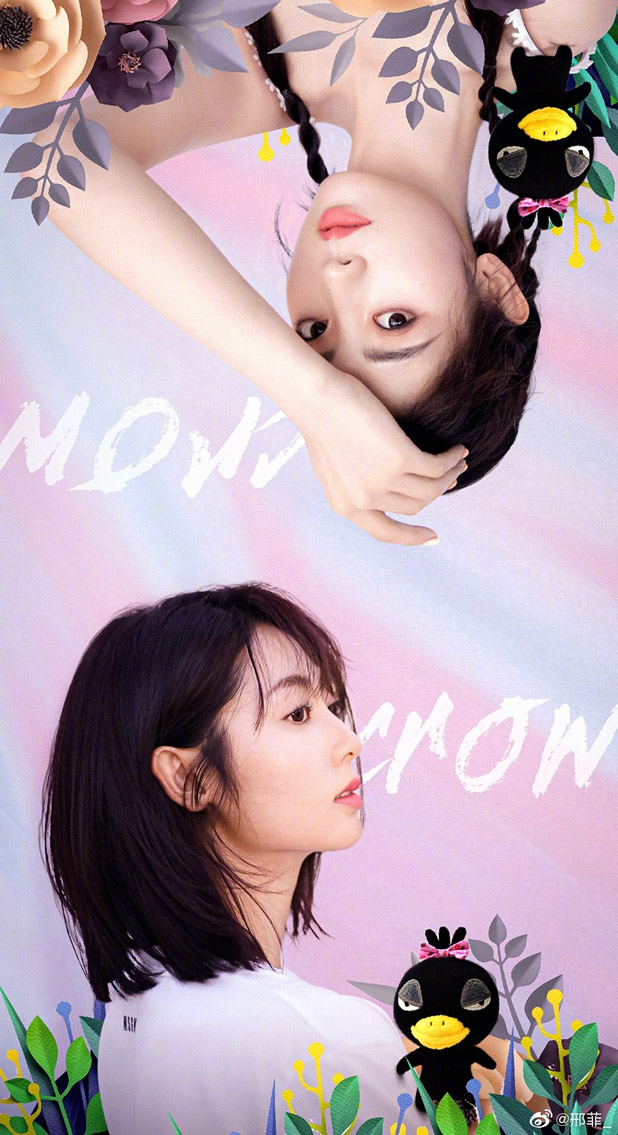