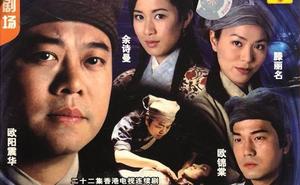 I opted out of voting polls this year cause I honestly can’t keep up with the insane amount of dramas released. It keeps increasing at alarming rate and easily go over 100 dramas per year, including webdramas as well, which are becoming popular with stations fighting for viewers and securing the hottest actors at the moment. So instead of a robotic and mindless clicking of polls, I think a discussion post will be better.

I haven’t had much luck this year with dramas. Drought! I have been marathoning a lot of older series, touching base with my teenage self as I marvel over Charmaine in her TVB dramas. I just finished Witness To A Prosecution II where she starred alongside Bobby Au Yeung. Gotta say I didn’t buy their romance then and still don’t buy their romance now. Lol. Return of the Cuckoo is on the list next and I can already see myself heart-broken again for Chi Lam’s character. xD

So guys, what is your favorite dramas this year? Broke Out Stars? You can referred to my Cdramas Airing List for reference.