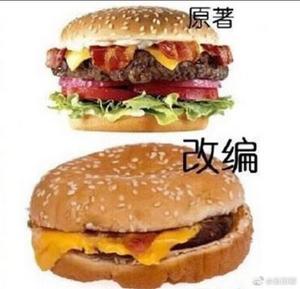 Hehe. Reading the cbox is quite fun. I’m finally all caught up with the drama BTS. Lol. Li Ying kills me with her badassery by posting the above picture on her weibo! Original vs Adaptation. Princess Agents burned her quite well didn’t it? It wronged us too! Someone had to call a production’s switcheroo and she did it for Fei. I just dislike the fact that it has to be her comeback drama after so long. Drama gods, please give me a worthy Li Ying’s drama to watch! I missed the excitement of waiting for an anticipated drama to air. Now that’s off my shoulder, what have you guys been watching? My drought continues ~

I have been binging America’s Got Talents and Britain’s Got Talents lately. Every single damn time they hit the golden buzzer, I would start bawling my eyes. It’s crazy! xD

This song is stuck in my head! It gets my hips cracking. LOL.