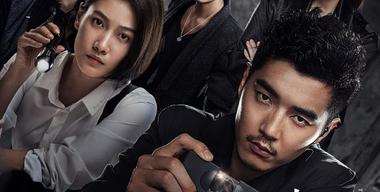 =======> ♦ Webdrama If There is No Tomorrow (我是余欢水) with Guo Jing Fei and Miao Miao as leads drops first stills. The story follows Guo as he struggles and overcomes hardships when diagnosed with a terminal illness.

=======> ♦ New stills and trailers of romance drama My Girlfriend (我不能恋爱的女朋友) with Xu Wei Zhou and Qiao Xin. Slated to premiere on 10/8.

=======> ♦ Remake of Jdrama The Locked Room Murders, the cdrama is called The Locked Room (上锁的房间) and stars Jin Shi Jia, Chou Ni, and Chen Yi Long. To air on 9/26. I remember the Japanese version with Satoshi Ono and Erika Toda!

=======> ♦ Chinese remake of Kdrama Full House is called Midsummer is Full of Hearts (仲夏满天心) with Xu Wei Zhou and Yang Chao Yue has wrapped up filming. Another remake…