Animal World (动物世界) reunites the OTP from “Sparrow”, Li Yi Feng and Zhou Dong Yu, and also features Michael Douglas (Ant-Man) as a mysterious loan shark. Based on a Japanese manga called Kaiji: The Ultimate Gambler, this movie is a live action version of part 1 of the manga about a man forced to participate in a bizarre betting game on board a ship to get out of debt. Despite the frenetic trailers and what appears to be some visual influences from Deadpool, it’s actually more of a drama about how money or a lack of it can challenge people’s morals and motivations.

Right away we are introduced to Zheng Kaisi (Li Yi Feng) who warns us to remember that he is crazy during the opening monologue. He lost his father at the age of 8, but can only remember a cartoon that was playing at the time, a strange one about a psycho clown who kills monsters. As an adult, in times of stress, he often fantasizes that he is that clown and that the people troubling him are monsters to be killed.

Kaisi struggles to make money as a clown at an arcade so that he can pay the medical bills for his mother, who is in a coma. The girl he likes, a nurse at the hospital named Liu Qing (Zhong Dong Yu), helps him out when she can while patiently waiting for him to get his act together. His childhood friend, Li Jun (Cao Bing Kun, Magic Journey to Africa) is a real estate agent who keeps nagging him to mortgage the family apartment to help pay his bills.

Frustrated with being such a failure, he finally agrees to the mortgage, but almost as soon as Li Jun hands the paperwork to a mysterious man clad in leather with tattoos on his head, Kaisi discovers his friend has gone missing. After getting a panicked voice message from his friend apologizing for what he’s done and finding out that his friend had actually lost his job months ago for fraud, Kaisi finds himself being taken by the mystery man to meet a loan shark, Mr. Anderson (Michael Douglas). 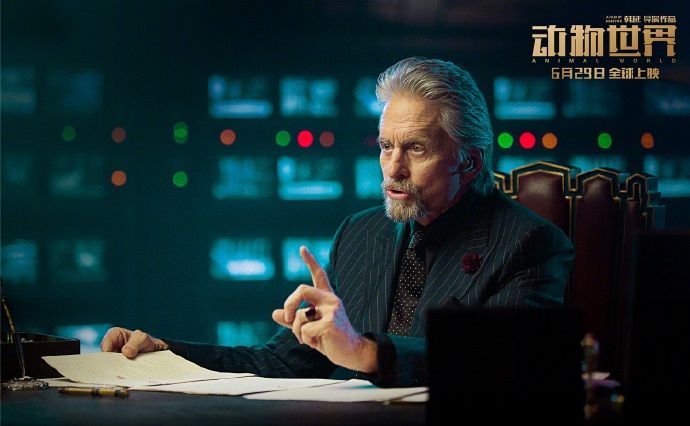 He finds out that Li Jun owed money for gambling debts and that, by signing the mortgage, he is now responsible for that debt. He’s given a choice to either work himself to death to pay it off over the next 30 years or to spend a week on a ship playing a mysterious game which will clear the debt should he win. He reluctantly chooses the ship.

While they’ve named the movie Animal World, a reference to the men resorting to their animal instincts, an alternate title could have been Rocks, Paper, Scissors which is the game Kaisi and a number of other people from various parts of the world are being forced to play. The action takes place on a strange, floating casino that includes a tiger in a cage and a marquee with Nietzsche quotes in German. (“‘Faith’ means not wanting to know what is true.” and “All prejudices come from the bowels.”)

Given twelve cards, five stars and four hours, the men are told that if they play all their cards and still have three stars before time is up, their debts will be forgiven. If not, then they will have to do whatever they can to succeed or be eliminated, which could mean any number of horrors. At the beginning the script first tricks you into thinking that this is going to be a rather boring game to watch, but then, as Kaisi finds himself duped and not sure who he can trust, the story begins to get more interesting.

Kaisi reunites with Li Jun and they meet a third man, a nebbish father nicknamed Fatty Meng (Wang Ge) who, like them, is also one star away from the dreaded elimination. Kaisi ends up being a master logician who initially figures out how to game the system to keep the three from elimination. But others pick up on their plans and don’t make it easy for them to survive. As time runs out, the men are often faced with the option to betray the others to save themselves or to save their friends by sacrificing themselves. In this world where cheating isn’t against the rules, just violence, it’s often safer to watch out for yourself than to depend on others. 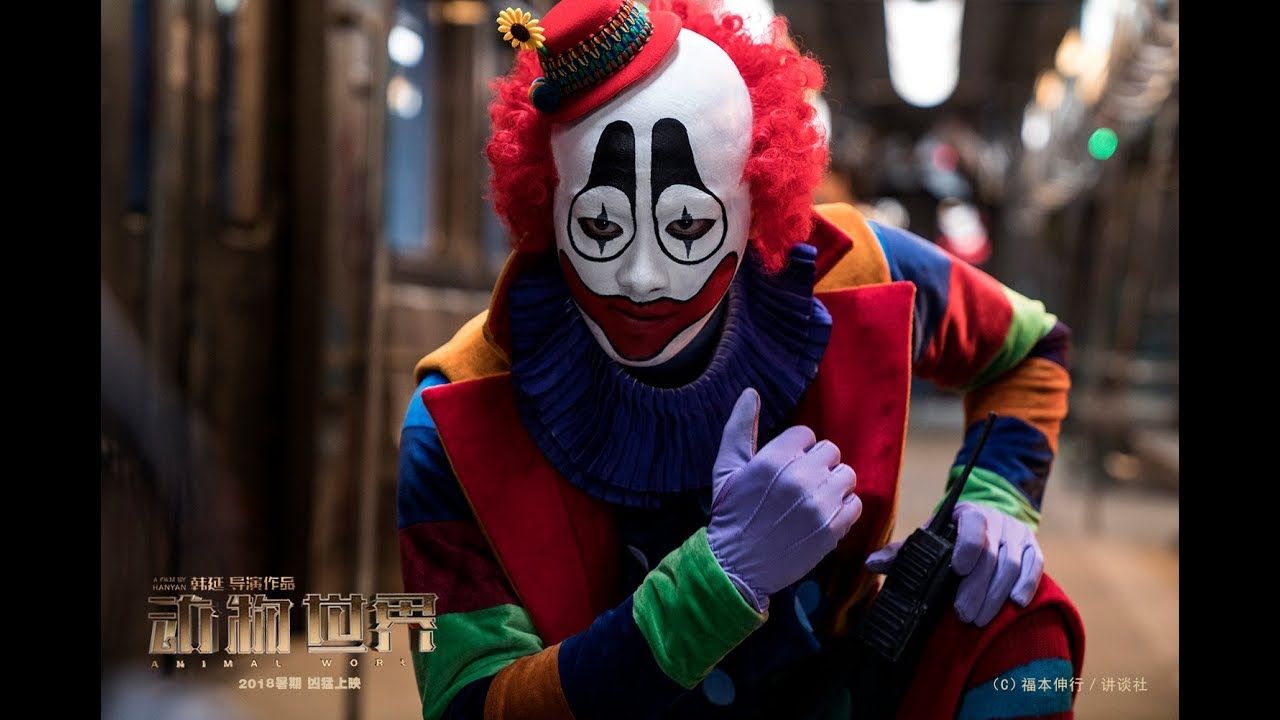 While most of the trailers focused a lot more on the clown and the fight scenes, making the movie seem like some strange action flick, it’s actually more of a drama with Kaisi struggling to maintain his humanity and not become as selfish and devious as the other players on the ship. Fans of the manga or the anime will probably be familiar with the detailed logic breakdown Kaisi runs through describing how he ends up figuring out how to play the game, though I found myself wishing I had a pause button and a piece of paper to figure each play out. And while a gambling movie focused on the drama of playing a basic schoolyard game doesn’t sound interesting, it’s actually very well written, suspenseful and didn’t leave me with any unanswered questions other than those relating to the potential sequel. Plus the intermittent action scenes, fueled by Kaisi’s anxiety-induced visions, add an extra interesting twist. 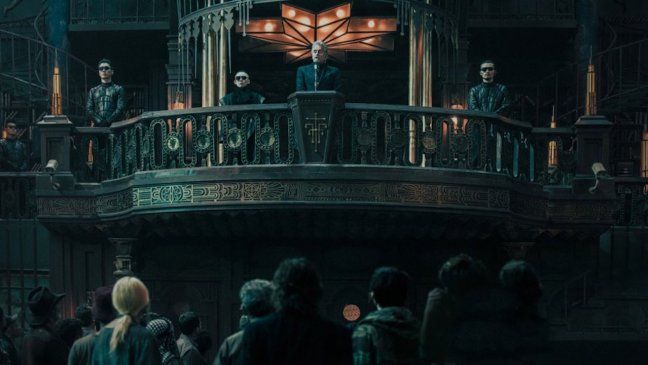 Visually I think this movie would have been even more stunning if I’d been able to see the IMAX 3D version of it as many of the scenes were clearing made to be seen that way. Unfortunately since I don’t live in a big market for Chinese movies, I had to settle for 2D, but I still enjoyed the visuals nonetheless. The music is great, particularly the theme song by one of my favorite Chinese singers, Li Yu Chun.

I had read that the producers were hoping that this movie would be as big as Wolf Warrior 2 in international markets which would explain why this movie was released in the US on the same day as in China instead of the usual one week delay. Given that (and because I also happen to work in localization) I was a little disappointed with the quality of the subtitles as they didn’t seem to be up to par with what I’ve usually come to expect for Chinese movies. But that’s my only real complaint with the movie as overall I enjoyed it a lot and definitely want to watch it again.

If you can’t see this in theatres, Netflix has already acquired the global rights so it will soon be available for streaming (and with better subtitles knowing Netflix). And the movie ends with a really nice set up for a sequel so, provided this does well, Li Yi Feng fans can look forward to more of their idol as a clown.