If you are on Weibo, you probably recognise this artist’s work right away, even if you may not know her name. Her beautiful, often simple, portraits of characters from some of the popular C-dramas come up often on Weibo, as well as other social media sites, as fans share her art and she gains more attention. Posting under the name Hu Cong Mi Suan (呼葱觅蒜), this artist has since published a couple books of her artwork and even been commissioned by production companies and others for her work as well.

The artist, Wang Xiaoyi, majored in graphic design, but continued working on her drawings in her spare time, turning it now into her career. She credits Hong Kong filmmaker Tsui Hark with influencing her aesthetic style. Her signature style, the characters drawn without faces, came about as she had difficulty drawing the facial expressions in a way that she liked, so she decided to leave it blank for the viewer to decide for themselves how the person looked.

Her pen name (translated as “green onion”) was inspired by the writings of Pu Songling. In one story he wrote about a disciple’s eating habits. Enjoying the visual description, Wang decided to use a phrase in his description as her pen name.

A fan of historical dramas, she draws her favorite characters from TVs and movies, sometimes just as simple depictions of the characters themselves and sometimes in full scenes direct from the shows she enjoys.

But she doesn’t just draw TV and movie characters. She works as an artist for a film studio, published several books (I just bought one off of Amazon), has her own cartoon series (also set in the ancient world), and even did a set of drawings for McDonalds to celebrate their 25th anniversary of entering the Chinese market.

You can follow Hu Cong Mi Suan on Weibo for her latest works of art and pictures of her adorable dog.

And you can check out some examples below and see if you recognize the C-drama depicted: 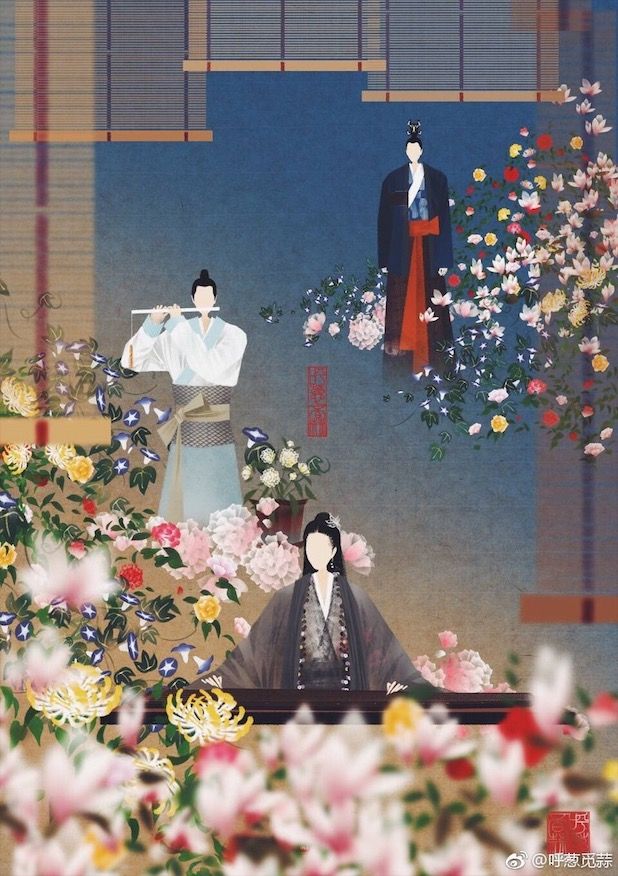