Alrighty, Wuxia Lovers, here is your remake, led by rookie and fresh faces! Let’s hear your thoughts and impressions!

The Cast: Costumed VS Modern Selves

Our male lead, Ding Guan Sen, as Linghu Chong. A rookie actor you might remember in Yesterday Once More and recently The Devotion of Suspect X. 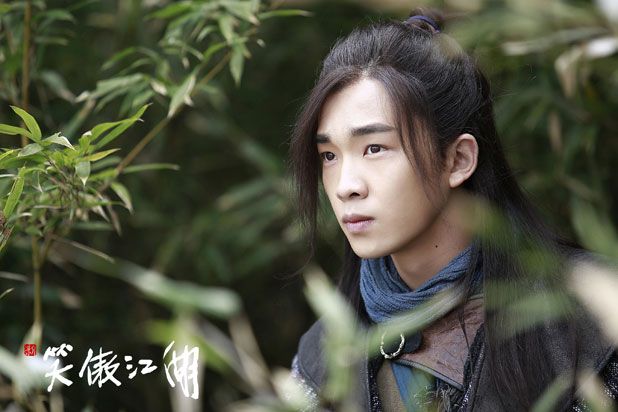 Jiang Zhuo Jun as Yi Lin. Daughter of Monk Bujie and Mute Granny. She falls in love with our male lead after he saves her.

Synopsis from Wiki: The plot’s initial development revolves around a coveted martial arts manual known as the “Bixie Swordplay Manual”. The manual is an heirloom of the Lin family, who run the Fuwei Escort Agency, a private security service, in Fuzhou. Yu Canghai, the leader of the Qingcheng Sect, leads his followers to massacre the Lins and attempts to seize the manual for himself, but does not find it. Lin Pingzhi, the sole survivor from the Lin family, is saved by Yue Buqun, the head of the Mount Hua Sect, which is a member of the Five Mountains Sword Sects Alliance. Yue Buqun accepts Lin Pingzhi as an apprentice and trains him in swordplay.

The novel’s protagonist is Yue Buqun’s most senior apprentice, Linghu Chong, an orphaned, happy-go-lucky but honourable swordsman who has a penchant for alcoholic drinks. He befriends the notorious bandit Tian Boguang and saves Yilin, a nun from the (North) Mount Heng Sect, from Tian’s lecherous advances. In the meantime, Liu Zhengfeng of the (South) Mount Heng Sect announces his decision to leave the jianghu (martial artists’ community) and invites his fellow martial artists to witness his retirement ceremony. The event turns into a bloodbath when Zuo Lengshan, the chief of the Mount Song Sect, and other orthodox sects accuse Liu Zhengfeng of being unfaithful to their code by befriending Qu Yang, an elder of the “evil” Sun Moon Holy Cult. Liu and Qu are cornered by Zuo and his men and eventually commit suicide. Before dying, Liu and Qu give Linghu Chong the score of Xiaoao Jianghu, a musical piece they composed together.

Episode 1. Music by S.E.N.S. Project?!! I love them! Most of TVB’s background/instrumental music is taken from their albums. Lol.