As if covering normal TV dramas isn’t enough, we have the growing webdramas to write about too! Nobody needs sleep!

=======> ♦ Campus Beauty (贴身校花之君临天夏) is a youth webdrama led by SNH48 members; female lead is Zhang Yu Ge and male lead is Qiao Chu Hang. The story follows the heroine as she struggles under pressure of her father’s death, boyfriend’s breakup, and inheritance. It’s a modern fantasy drama as she gets involved with supernatural beings – demon god secretly helps her, followed by a descendant of a warrior clan, and a wolf boy.

=======> ♦ Beauties of The King (龙凤店传奇) with Li Fei Er and Song Ming Yu started airing on 11/6. It is a webdrama sets in the ancient times and follow our heroine (Li Fei Er) as she’s sent away to study only returning home to find it deserted. She gets involved in a dispute and saves a group of ladies. She is then on a mission to find her father and meets the hero (Song Ming Yu) along the way. 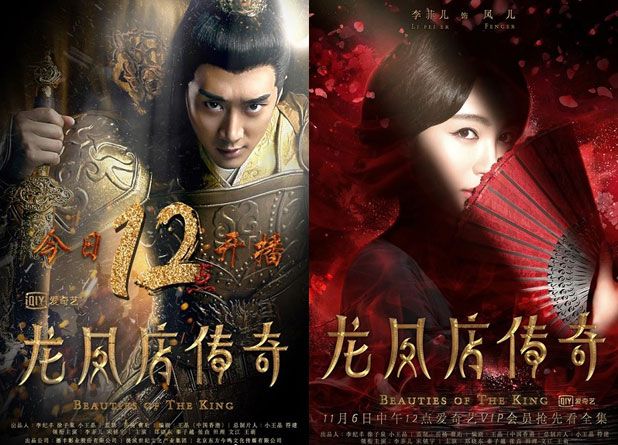 =======> ♦ Children’s Hospital Pediatrician (儿科医生) with Leo Luo Yun Xi and Sun Yi started airing on 11/14. Obviously about the medical fields and young, passionate doctors. Both of our leads look really young to be doctors. But if Korea can do, China can too! Lol. XD