=======> ♦ Not necessarily a drama but a short web film with Gong Jun (Lost Love in Times) and Wang Wan Zhong called Rebirth Partner or Alien Exploration (异生探) that aired online on 9/30. Our leads get entangled in a big science project after trying to uncover the reason behind the missing beauty queen in their college. Everything begins with trying to advance in science; one person who thinks all sacrifices are worth it…. while the other one disagrees.

=======> ♦ Du Chun and Jia Qing in a modern military-based drama called Peacekeeping Infantry Battalion (维和步兵营) will air on 10/10 with 40 episodes. 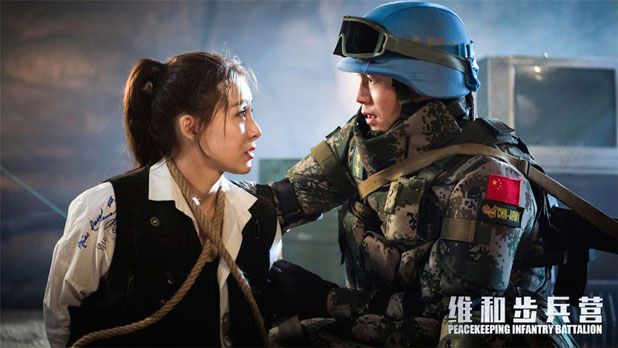 =======> ♦ Modern drama The Flowers and Distant Place (花儿与远方) with Hao Yu Lan and Wang Zhi Fei will air on 10/3. The premise surrounds the uplifting stories of various folks during hard times in the military and women bonding together to make a living.