Never Gone (So You’re Still Here, 原来你还在这里) is based on the novel written by Xin Yi Wu. A pure and entangling love story that extends through the years and comes to a temporary end when social status and money throw a wedge in their budding love. Unlike other dramas where the main leading actors play the youths and the adults, the crew has decided to use fresh-faced rookie actors to play the younger versions, which is always a plus for me! But one thing…this is one gloomy-looking group of young adults…. Lol….

Synopsis from Wiki: Su Yunjin and Cheng Zheng meet in high school. Su Yunjin is a transfer student from a struggling family, while rich heir Cheng Zheng is the popular star student. Cheng Zheng falls in love with Su Yunjin and pursues her through college, even when they study and live in different cities. Su Yunjin is worried about the difference in their economic status, though this doesn’t worry Cheng Zheng. She decides to give it a chance and the two move in together after graduation. Two years pass in bliss; however, the issue of money drives a wedge between them, as Su Yunjin refuses to take Cheng Zheng’s financial help for her mother’s operation, and Cheng Zheng is angered when she goes instead to her ex for help. The two break up, and Cheng Zheng moves to America to help with his family’s company.

After some time passes, Su Yunjin realizes she truly loves Cheng Zheng and for the first time, she is the one to seek out Cheng Zheng rather than the other way around. 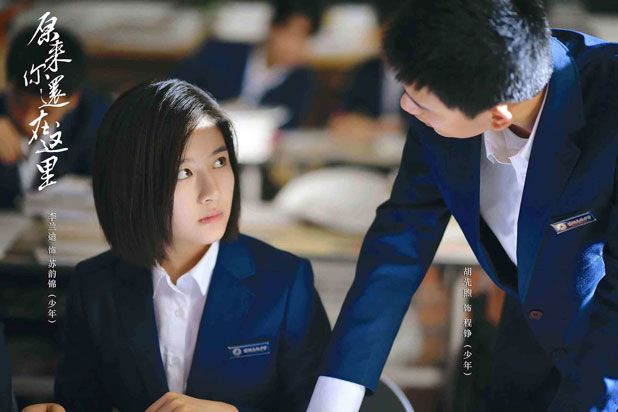