Are you ready for Justice Bao with fair skin and a pretty boy? Bao Zheng, the impartial government officer known for upholding justice and fighting against corruption will be played by upcoming actor, Li Chuan. The new webdrama Kai Feng Qi Tan (开封奇谈) is based on a comedic manhua, telling the story of a younger Bao Zheng.

Fu Long Fei as Pang Ji. From Wiki: in folk stories about the generals of the Yang clan, the generals of the Huyan clan, Di Qing and Bao Zheng, Pang Ji is portrayed as corrupt, treacherous and an enemy of the upright generals and officials. In these fictionalized stories, he is known as the Grand Tutor, and has an imperial concubine daughter whom he depends on for power. His son Pang Yu, the Marquis of Anle, was executed by Bao Zheng in Chenzhou (in today’s Zhoukou) for kidnapping and embezzlement. 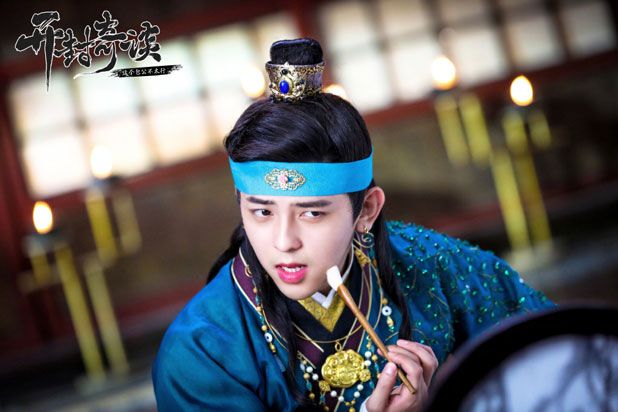