Published annually by Forbes which ranks the influence of Chinese celebrities based on income, search ranking, and exposure in fashion, news, and television, this is your 2017 list. I’m actually really surprised to see Li Ying ranked 4th on the list since she hasn’t really dipped her feet much in the fashion world yet, which is where the majority of the big and easy money comes from. She is finally invited to Paris Fashion Week this year as a Dior guest (should be heading over there on the 26th). If you notice, Li Ying has branched out further from the acting world this year, accepting various endorsement contracts and being on more magazine covers, which explains why she made a splash on the list.

And congratulations to Fan Bing Bing for topping the list once again this year and it’s her fourth consecutive time since 2013.

Yang Mi will be on the cover for their Sept/Oct issue! 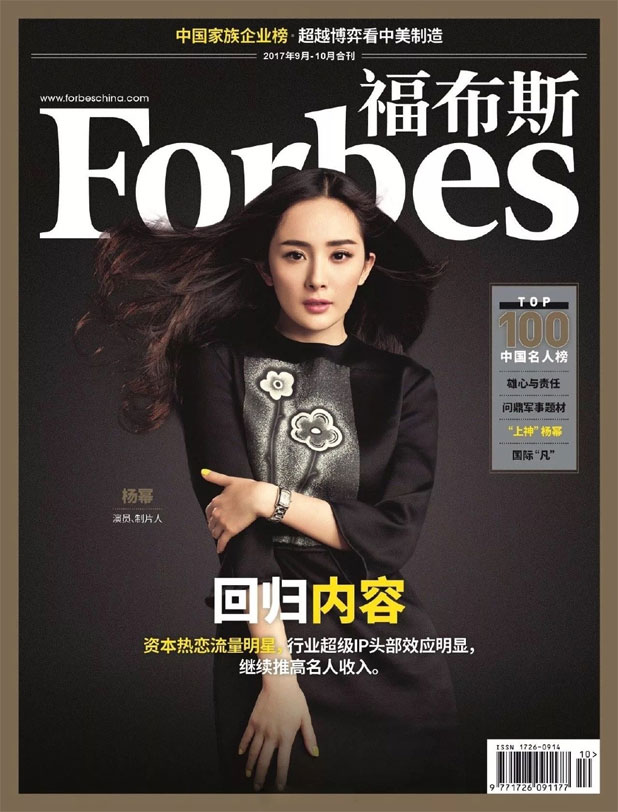