I believe in many things. After September 16th, I believe that tragedies happen to break down barriers and make us come together, united and stronger. 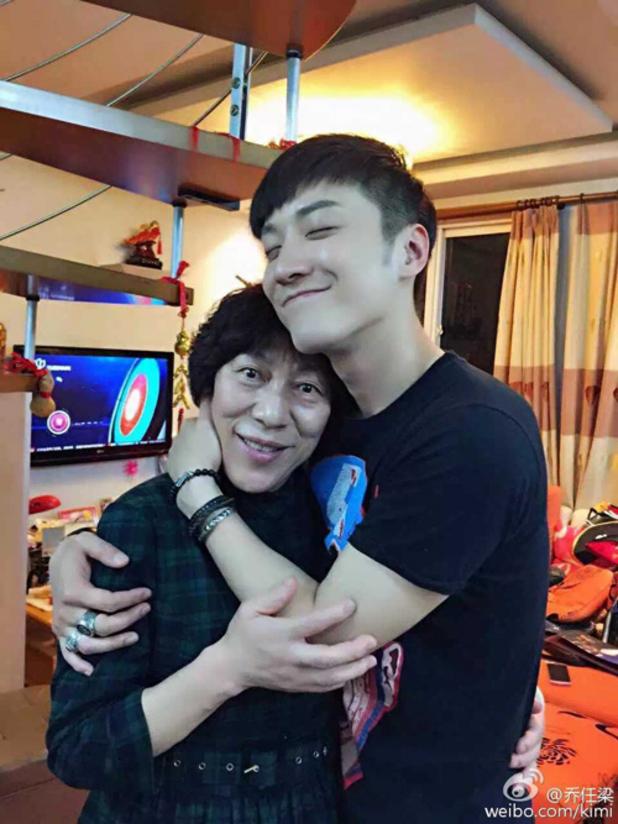 Kimi with his mom. He was very close to her since dad is a captain and works long periods overseas. Dad has expressed before his disappointment in Kimi when he chose to pursue a career in music but dad eventually supported Kimi wholeheartedly.

I’ve been trying to write this post for a month now and every single time I attempted to write, tears just stung my eyes. In the states, September is also the month of suicide prevention so every emotion is enhanced in conversations with families and friends, coupled that with my own car accident on the same day, and it was a monumental task altogether. A year ago on this day, we lost a beautiful soul, Kimi Qiao Ren Liang, to depression just a few weeks before his 29th birthday and two weeks after his last movie Days of Our Own was released. Keep in mind we’re not here to point fingers or push blame, but merely remembering and sharing his life story – the sweet soul that we came to appreciate onscreen. And as for me, September 16th is a life-changing day; overcoming pains, cherishing your loved ones, and gaining a new perspective on life and maturity.

Before entering showbiz, Kimi Qiao won many awards for being an athlete specializing in high jumps in primary and secondary schools, even claiming the title at National High Jump Competition in 2003. Famous hurdler Liu Xiang was his classmate. When his parents wanted him to focus in school, he attended Shanghai Dianji University and it was the few years in college that he found the seed of love for music. When he turned 18 in 2005, he participated in Hunan music program Golden Star and won the New voice segment. It was also there that he met Wang Lee Hom, his role model. Afterwards, Kimi spent a brief period in a boyband called PINK17 as the group’s drummer and realized his blooming love for music was real.

It wasn’t until 2007 when he was runner-up to program My Hero that Kimi Qiao officially entered showbiz at the age 20, joining a pretty boy group with Li Yi Feng, Boran Jing, and Fu Xin Bo; they were known affectionately as the Four Alluring Youths. And I took notice of this boy at the same time I became a ardent fan of Zhao Li Ying, both had a sweet friendship in the drama Female Prime Minister (Legend of Lu Zhen) and I continued to follow his works after, especially his touching friendship with Chen Qiao En, and his flamboyant display of affections on We Are In Love with Xu Lu. A person who owned a house full of pink-colored items… is a person to remember. A person who was able to make others smile but couldn’t bring the same light to his own world. As outsiders, it’s easy to say living is harder and braver but how much pain he must have been in to choose the path of no return.

I think we live in a society where it’s constant bang, bang, bang, and little to no time is dedicated to actually sit down, to think and reflect on how our words, actions, and presence affect another person. Yes, these celebrities are public figures, but let’s not view them as public property and throw careless, irresponsible words around. Especially now that social media has the power to carry unpleasantness over hundreds of miles in mere seconds. When I was growing up, when you want to trash-talk someone, you had to go over to their house and do it in person. Face-to-face, one has to live with the consequences. While I was bedridden, I had a lot of time. In the beginning, it was hard and frustrating but those hours became therapeutic in no time as I was able to reflect on many things and why so many tragedies had to happen for us to understand the values of life. We have enough natural disasters as it is to worry about, let’s not add things that we can control into the mix.

Nothing is guaranteed in life, only the past and the present. You live in the now, not for tomorrow. At the end of the day, kindness is free. The world will be a better and happier place with less miserable souls if we are kind to one another and there’s always more than one way to show it. We can do better. We can.